The Most Insidious Sin 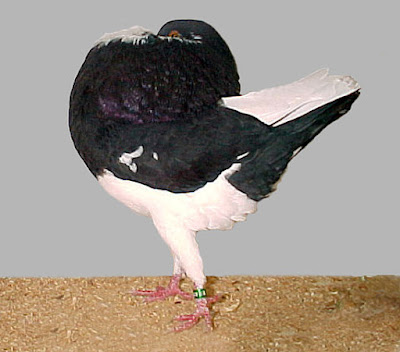 Today I'm in North Carolina preparing to speak at a national apologetics conference. I'm staying at a hotel that was built in the 1980s as part of Jim and Tammy Faye Bakker's empire. Of course, Jim Bakker is most famously remembered as one of the prominent televangelists who fell when his sexual sin was made public. The media ran with the story knowing the pubic loves a scandal, especially one where a minister—someone who is supposed to be a moral leader—has been caught in adultery.

Sexual failings are pretty much guaranteed to grab attention. Even in local churches, people who have fallen to sexual sin, be it adultery, homosexuality, or pregnancy outside of wedlock will cause people to talk. We tend to think sins like these are "major;" ones that carry a stigma unlike lying or addiction. Even as the culture becomes more and more sexually charged, sexual sins are held to almost a different standard. But there is a sin that is more problematic in the church than abusing sexual desire, one that no one points and whispers about: the sin of pride.


The Leaven of Puffing Up

How much do you think about the sin of pride? How do you guard against it? While there are ministries that offer filtering of pornography for your internet connection, what filters are there for one's pride? As an apologist, I know first-hand just how easy it is to fall into pride. Anyone in a position where he or she is teaching or leading others can almost effortlessly fall into this sin. As the Bakkers built their Heritage USA center, it should have been obvious that they were no longer doing ministry toward others but constructing a monument to themselves.

Pastors and apologists can fall into the same trap. They are trying to do God's work. They preach, they witness, and they defend the faith which is good and important work. TI truly is ministry. However, when one begins to believe the ministry is so important that they don‘t have time to sit and listen to people or their calling has a higher value than another's, they've begun to elevate not God's blessing upon them but their won self-worth.  That's why I believe pride is the most insidious of sins; it is the leaven that corrupts by puffing up an individual from the inside. It replaces one's reliance on God with a reliance on one's own ability.

The Bible warns against the sin of pride quite a bit. God tells Jeremiah, "Let not the wise man boast in his wisdom, let not the mighty man boast in his might, let not the rich man boast in his riches, but let him who boasts boast in this, that he understands and knows me, that I am the Lord who practices steadfast love, justice, and righteousness in the earth" (Jer. 9:23-24). James reminds us "God opposes the proud, but gives grace to the humble" (James 4:6), and Proverbs declares "Everyone who is arrogant in heart is an abomination to the Lord; be assured, he will not go unpunished." (Prov. 16:5).

Because it's so easy to fall into pride but so difficult to detect, each of us must be extra vigilant to guard against it. One way to do so is to have an accountability partner or partners with whom you meet on a regular basis. Perhaps this partner may be a spiritual leader, but it should be someone who can be completely honest with you. You may even benefit by choosing a partner that has different spiritual gifts, so they can provide a balanced perspective. Regardless, being able to ask someone to watch and keep you humble is a big step in protecting yourself and your ministry.

Prayer and daily devotions are another way to guard against pride. As we seek God in his word and in prayer, we should be confronted by how reliant we are on him for all that we are. One thing I always include in my daily devotions is a time of reflection on Jesus's decision to go to the cross. I am continually amazed at his determination and self-sacrifice, how "he humbled himself by becoming obedient to the point of death, even death on a cross" (Phil. 2:9). I remind myself of how the Father was willing to sacrifice his only son for me and my gifts are only a result of that sacrifice. How could I be proud in my strengths in the face of these amazing acts of selflessness? Thus any boasting I would do should be boasting on the cross and how his acts saved me.

In his book I Was Wrong, Jim Bakker said that it took prison for him to realize his excesses were anti-biblical:


Tragically, too late, I recognized that at PTL I had been doing just the opposite of Jesus' words by teaching people to fall in love with money. Jesus never equated His blessings with material things, but I had done just that. I had laid so much emphasis upon material things, I was subtly encouraging people to put their hearts into things, rather than into Jesus.1

Don't let the sin of pride go unguarded in your life. It shouldn't take prison to make you realize that Jesus is the center of not just your ministry but all ministries and each serve an important function in the body of Christ. Remember, God can accomplish his plans with or without your involvement. Guard against the leaven of pride.