Thank Christianity for the Technology Revolution 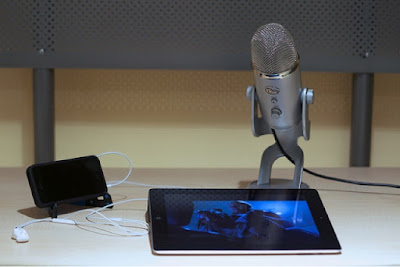 The standard narrative of secularists is that religion offers a backwards view of the world that is outdated in our technologically advanced culture. But as historians have looked back upon the development of technology, one can see that Christianity creates the fertile soil in which technological advancements can grow. In his book The Book That Made Your World: How The Bible Created The Soul Of Western Civilization, Vishal Mangalwadi makes this point well.  He writes:

Professor David Landes studied clock making in China and concluded that the development of technology is not merely a matter of ingenuity. The Chinese had technical ability, yet clock making did not become an industry, nor did it become a source of continuing and growing technological innovations in China as it did in Europe. Why? The Chinese were keen neither to know time nor to organize their lives accordingly.

The above question was the topic of a 1961 Oxford Symposium on Scientific Change, spearheaded by Alistair Crombie. The best answer was given by Marburg historian Ernst Benz, who published a seminal essay in 1964, “Fondamenti Christiani della Tecnica Occidentale.” It demonstrated that “Christian beliefs provided the rationale, and faith the motive energy for western technology.” Benz had studied and experienced Buddhism in Japan. The antitechnological impulses in Zen led him to explore whether Europe’s technological advances were somehow rooted in Christian beliefs and attitudes. His research led him to the conclusion that the biblical worldview was indeed the key to understanding Western technology.

Technology flourished just as science flourished in the West because Christianity valued God as creator and it valued seeking the understanding of God's creation. Following God's example, creating and mastering creation leads to the technological explosion we enjoy today. So no matter which technology you've chosen to read this post, the fact you can read it at all is a result of the Christian worldview.