The Inherent Bias in Science 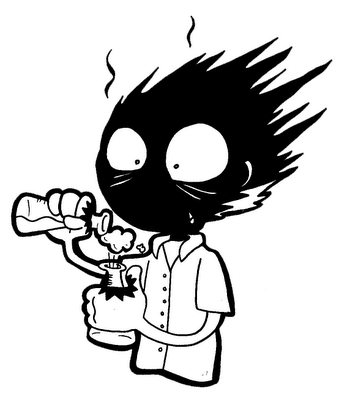 Last week, I wrote about an online conversation I had with an atheist who accused me of making a God of the gaps type argument for the origin of life, even though all the observational evidence across humanity's history demonstrates that life comes from life. He claimed that "Science may well provide an answer to the origin of life in the future," whereby he commits the very fallacy he accused me of committing. While not appealing to a God of the gaps, he is certainly appealing to "science of the gaps."

In our engagement, I asked for some justification for such an unwarranted claim. He leaned on this explanation:


Apocryphally, Edison learned 999 "wrong" ways to make a light bulb in in the process of finding 1 "right" way. (Was he ever really wrong?) Obviously, science has proposed wrong explanations many times as it approaches the truth. The more pertinent inquiry would be "Are there any cases where science has settled on an explanation only to be proven wrong by a theistic explanation?" Because the reverse admits of many, easy historical examples.

His reasoning is misleading in many ways. First, there's a significant difference between a single research project, such as Edison's testing of different material for light bulb filaments versus the assumption that science can answer every question of origins. That's a simple category error. By using Edison as an example, and then saying that the entire discipline of science is functioning in the same way, he has equivocated how an experiment works with how a consensus is built.

In fact, accepting new scientific conclusions works in a much different way than Edison's trial-and-error approach. In his book The Structure of Scientific Revolutions, Thomas Kuhn has demonstrated that science isn't the incremental set of discoveries most think it is. When one really studies the history of scientific discovery, one finds the personal beliefs and biases of scientists themselves color their investigations. Kuhn writes "An apparently arbitrary element, compounded of personal and historical accident, is always a formative ingredient of the beliefs espoused by a given scientific community at a given time." 1 He explains in his book how scientific research is "a strenuous and devoted attempt to force nature into the conceptual boxes supplied by professional education."2


Perhaps science does not develop by the accumulation of individual discoveries and inventions. Simultaneously, these same historians confront growing difficulties in distinguishing the "scientific" component of past observation and belief from what their predecessors had readily labeled "error" and "superstition." 3

Exactly, It's easy to claim science always advances forward if you don't count any of the conclusions that we now reject as science, but label them error or superstition.

Kuhn explains that in the enterprise of science, scientists are not readily willing to give up on their preconceptions and biases:


Normal science, the activity in which most scientists inevitably spend almost all their time, is predicated on the assumption that the scientific community knows what the world is like. Much of the success of the enterprise derives from the community's willingness to defend that assumption, if necessary at considerable cost.

All of this means that many scientists will accept their current understanding of the scientific landscape and a kind of stasis will develop. Students learn their scientific assumptions from their professors, who teach what they also had learned to be true. Kuhn coined the term "paradigm" to describe this common set of assumptions. It isn't until there become so many problems or deviations from what was expected given the prevailing paradigm that a flurry of new research will ensue and may create a paradigm shift—a new idea replacing the old one:


Normal science, for example, often suppresses fundamental novelties because they are necessarily subversive of its basic commitments. Nevertheless, so long as those commitments retain an element of the arbitrary, the very nature of normal research ensures that novelty shall not be suppressed for very long.

… When the profession can no longer evade anomalies that subvert the existing tradition of scientific practice—then begin the extraordinary investigations that lead the profession at last to a new set of commitments, a new basis for the practice of science. 4

This is the common pattern in the history of science. It isn't a smooth slope upwards of increasing knowledge. It has fits and starts. It has many dead ends. Scientists get things wrong, such as the alchemists trying to turn lead into gold, but the atheists don't count them. They claim "that wasn't science, it was superstition." Still, the tree of modern chemistry grows from the roots of alchemy.

Remember, "science" makes no claims; scientists do. As I've said before, "scientists are not immune to bias, deceit, greed or the quest for fame and power any more than the rest of us. In fact, scientists ARE the rest of us!"5 I've illustrated that even when scientists reach a consensus, it doesn't mean their conclusions are correct.

Thus it is just as likely that science will not find the answer to the origin of life. It may be the search for turning material into life may be like the search for turning lead into gold. To hold to a science of the gaps theory offers no real advance in knowledge; it is simply shows one's willingness to defend their paradigm and at considerable cost.