Sharing Absolute Truth with a Relativist 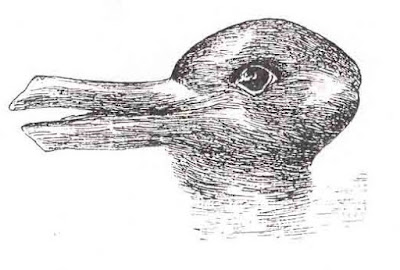 Postmodernists are those who deny that absolute truth exists.They believe truth is like the popular bromide of beauty being in the eye of the beholder. To them, since any absolute truths are unreachable; truth is whatever one identifies as true for them. Such an attitude poses a particularly difficult challenge for Christians who seek to argue for the absolute truths of the Christian faith. How does one convince a postmodernist of the truth claims of Christianity when truth itself isn't absolute?

In his book Time for Truth: Living Free in a World of Lies, Hype, and Spin, Os Guinness addresses the problem of apologetics and the postmodernist. He offers two tactics in his approach, the first being: "relativizing the relativizers" of those things that truly matter to them. He explains:


When I studied philosophy as an undergraduate in the 1960s, an Arctic chill was still hanging in the air that froze any serious appreciation of religion. The source had been the philosophy of logical positivism and the celebrated "verification principle" of A.J. Ayer. Only that which could be tested by the five senses could be verified as true, he said. Theology was therefore "non-sense," or as it was famously said, "The word g-o-d is less meaningful than the word d-o-g."

The trouble for A. J. Ayer was that his verification principle couldn't verify itself—it was self-refuting. For to accept as truth only what can be tested by the senses is a principle that itself cannot be tested by the senses. It too is non-sense. Ayer's approach, he later admitted, was "a blind alley." Years later I enjoyed a conversation with him on the train between London and Oxford. Although retired and knighted as Professor Sir Alfred J. Ayer, he was candid about the failure of his principle. "I wish I had been more consistent," he said. "Any iconoclast who brandishes a debunker's sword should be required to demonstrate it publicly on his own cherished beliefs." Indeed. 1

Pointing Out the Signals of Transcendence

While relativizing the relativizers undercuts the postmodernists' assumptions about their own views, Guinness admit this is primarily negates his view but doesn’t provide a positive argument for the absolute. This is why he also recommends a second approach, one called "pointing out the signals of transcendence" and offers a rather stark example:


Have you ever heard an atheist exclaim "Goddammit!" and mean it? We can all be taught not to judge; we can all be told that there are no moral absolutes. But when we come face to face with raw, naked evil, then relativism, nonjudgmentalism, and atheism count for nothing. Absolute evil calls for absolute judgment. Instinctively and intuitively, we cry out for the unconditional to condemn evil unconditionally. The atheist who lets fly "Goddammit!" in the face of evil is right, not wrong. It is a signal of transcendence, a pointer toward a better possibility—and unwittingly a prayer.
…

For no human being lives outside the reality common to us all. Whatever people may say the world is or who they are, it is what it is and they are who they are. Again, no argument is unarguable, but there are thoughts that can be thought but not lived. When all is said and done, reality always has the last word. The truth will always out. Standing up to falsehood, lies, and crazy ideas is never an easy task, but—as we explore next—it is far easier than the hardest task of all, becoming people of truth ourselves.2