Strengthening the Immune System for the Christian Faith 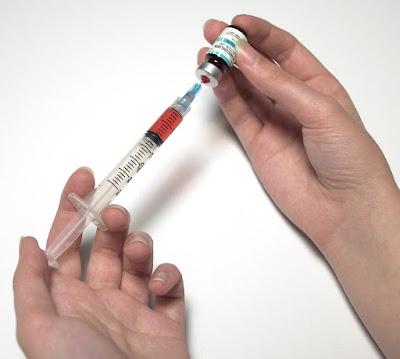 In his wonderful Fool's Talk: Recovering the Art of Christian Persuasion, Os Guinness recounts an evening spent with a Roman Catholic cardinal where, as the evening was ending, the Cardinal asked him for his thoughts on how many Anglican clergy were abandoning the traditional teachings of the faith. Wishing to sidestep a conversation that would take much more time than was available at the moment, Guinness noted Catholic history had its moments of leaders (the Borgia popes) who were notoriously corrupt. He received a surprising response from the cardinal:


"Yes," he said, "Alexander VI (with his record of incest, murder, bribery, and corruption) was one of the worst leaders ever to have led the Christian church. But he never denied a single article of the Apostle's Creed, whereas several of the Episcopal bishops flout the teachings of the church catholic and deny the very heart of the Christian faith. That is the shame of the Episcopal Church, and that is unprecedented in Christian history."1

That's a stunning insight and it shows how much our 21st century biases have reduced matters of faith to relative insignificance. More importantly, as Guinness rightly notes, the abandonment of foundational principles of the church from within the church itself is as appalling as it is dangerous. Guinness then notes the irony that those who can do the most good to safeguard churches from falling into heresy–the apologists–are precisely the ones who have been widely excluded from church ministry teams:


Many revisionists in the Protestant liberal churches, followed by the extremes of Catholic progressivism and emergent evangelicalism, have reached the point where their thinkers preach "a different gospel," some of their leaders are hardly recognizable as Christian, and some have joked that they recite the Apostles' Creed with their fingers crossed. And as the above quotation shows, such revisionism is rife with new forms of toxic syncretism. But the cardinal's response also highlights a wider task facing contemporary apologetics and the church at large. Some of today's deadliest challenges to the Christian faith come from within the church itself, yet in many parts of the church Christian apologetics is weak, poorly understood and openly dismissed as an unworthy and a wrong-headed enterprise. Without faithful and courageous apologists, men and women who are prepared to count the cost, the church is vulnerable to the challenges it faces internally as well as externally2 (emphasis in the original).

One reason apologetics is so vitally important to the church today is that it guards against heresies. Apologetics can function in some ways like the immune system for the church, identifying foreign ideas that would infect and corrupt the one true faith. That's why every believer who cares about the truth of Christianity needs to support apologetics more. If you'd like to support our efforts here at Come Reason, you can do so by offering a gift at this link. Thank you for your consideration!