How Do We Defend Christian Values to Non-Christian Audiences? 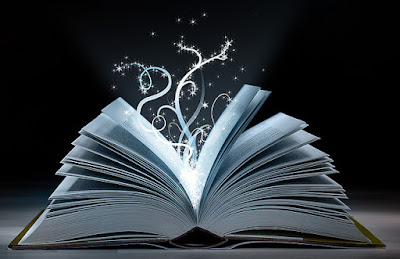 In anticipation of the upcoming Supreme Court ruling on same-sex marriage, I've been posting and teaching on how to address the issue with friends and family. One example is the recent video series I taught and posted on Facebook (which you can see here.) Most people are interested in ways of approaching this subject in a thoughtful way while countering the narrative that being against same-sex marriage laws somehow means Christians are bigoted. They see examples such as this ways to open discussion with others.

However, I did receive a few responses from people who wrote something to the effect of "All we need is the Gospel. Share the Word with them." I've run into such thinking before, with those who question the necessity of rigorous training in logic and apologetics. They think such things are "of men." They admonish me and other believers to simply let loose the "the sword of the Spirit, which is the word of God" (Eph. 6:17) to fight our battles.


How's That Working for You?

I think such talk is sincere but misguided. First of all, we live in a post-Christian culture. The Bible is not taken to be the final answer on issues such as same-sex marriage. That's why if I quote the Bible to a person who supports homosexual unions, it really doesn't sway them at all. In fact, many times it solidifies their stance since they see themselves as more modern and progressive than some 2,000 year-old book.

Anyone who has been paying attention to the changes of belief about this issue can quickly see my point. We've been offering Biblical admonition against homosexuality and same-sex marriage for over 30 years. Which way did the culture shift? Which way did the Church shift? According to a newly released Pew study, over 60% of Catholic and mainline Protestants support same-sex marriage.1 Even among Evangelicals, the support for same-sex marriage has DOUBLED in the last ten years.2 All this even though the scriptural admonitions against homosexuality are clear and have been discussed repeatedly, especially in churches.


Scripture is Not a Spell

While I do believe that the Christians who think quoting scripture is the proper way to face these questions are sincere, they are trying to make scripture into something that it is not. They think scriptures are some kind of secret weapon that cannot be resisted. They see it as a sort of mystical summons of the Holy Spirit who will magically change those with whom they're engaging; a few phrases that one only needs to voice in order to change people's hearts and minds.

But "the Word" is not a magical incantation and it's wrong to think of it that way. Such is an unbiblical view of scripture itself. Yes, the Holy Spirit is the one who transforms lives. It is he would is responsible for our understanding our sinfulness and our need for Christ. But that doesn't mean the Spirit will reshape every unregenerate idea, even among believers. That's why Paul didn't quote scripture to the Athenians in Acts 17 when he witnessed to them. Instead, he used popular poets and thinkers they were familiar with to make his point. When Paul was held prisoner in Jerusalem, he didn't quote scripture to his captors, but appealed to Roman law (Acts 22:25) in order to escape flogging.

As Christians, we are to follow Jesus's command to be salt and light on the earth. Part of being salt is to stem the decay and corruption from evil. That's why Christians need to engage this issue. We need to arm ourselves with ideas that can resonate both inside the church and with nonbelievers. In matters of political consequences, such as abortion, we must be able to show thoughtful nonbelievers why the Christian position is the right one. We can only do that by knowing and presenting the facts of the issue at hand.