Do Miracles Count as Evidence for God's Existence? 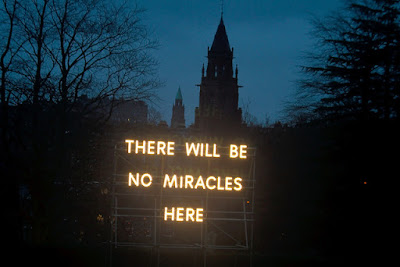 Are miracles evidence for God's existence? Ever since Hume, atheists have argued that miracle claims should not be considered evidence for God. While Hume focused on the rarity of miracles to propose that it is more rational to offer some other explanation, more modern arguments have claimed that arguing from miracles to God's existence is circular. After all, one must assume God exists in order to call an event a miracle. Then, the person points to the miracle to claim "only God could have done such a thing!" Is this question-begging?

Dr. Robert Larmer fleshes out the objection and shows why pointing to miracles is not as circular as one may think:


...To call an event a miracle, therefore, is to affirm the existence of God. It seems, then, that miraculous events cannot function as evidence for God, since this would involve a vicious circularity of presupposing that God exists in order to call such events miracles, but then arguing that God's existence can be confirmed on the basis of the occurrence of miracles.

The superficial attractiveness of this argument is belied by the fact that if one asks convinced sceptics what it would take to convince them of God's existence the frequent answer is the occurrence of a miracle. It seems strange to suggest that such an answer must be dismissed as irrational, the supposition being that its speaker would fail Critical Thinking 101. Perhaps a more charitable interpretation of the answer deserves a hearing.

Such an interpretation is not far from hand. What the sceptic is to be construed as requesting is good reason to believe in the occurrence of an event, the best explanation of which is that God, or perhaps a supernatural agent understood as acting in accordance with God's purposes, caused it. It is the event, not the subsequent description of it as a miracle, which functions as evidence for God. All that the sceptic need do is to entertain the hypothesis that God exists and ask whether that hypothesis provides the best explanation of the occurrence of the event, as compared to other hypotheses.

Larmer has done a lot of incredible work on the subject, which he's published in his recent book The Legitimacy of Miracle. He has also published as series of supplemental papers extending the concepts in his book on the Evangelical Philosophical Society web site. You can find all seven of them here.