How Not to Get Mad When Talking with Non-Believers 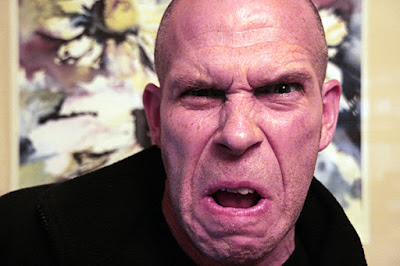 The recent decision by the United States Supreme Court to recognize same sex unions across the country has changed our nation. Corporations and government institutions that had previously provided an appearance of neutrality displayed their applause by adopting a rainbow colored version of their logos on social media and their web sites. The White House became the Rainbow House both virtually and in reality for an evening. Of course, many people followed suit and also cheered for the decision.

I believe that the Supreme Court decision will cause more discussions about the nature and definition of marriage, not less. Like many contentious issues of our day, this will cause emotions to rise, quickly devolving disagreements into exchanges that are more venomous and less Christianly. I was speaking with one online friend who told me how difficult it had been for him in such exchanges. He admitted, "I worked so hard to show [their] flawed thinking but they refused to see their error. I know I'm not ready for debate because I get too angry."

It is difficult to engage others when passions are high. It is harder when the other side has produced a rather consistent campaign of name-calling ("bigot, hater!") that slander you instead of wrestling with your arguments. But just as we are told homosexual practice is wrong, we are also commanded to love our enemies.

How do we do this? We must look at others and see them the way Jesus did. The Woman at the Well was a bit arrogant with Jesus. She was flippant in their exchange, even though she was the one who had a problem with morality and keeping a husband! Yet, Jesus didn't yell at her, he loved her but stood firm in his conviction.


We must see the soul and the person in its ruined condition, with its malformed and dysfunctional mind, feelings, body, and social relations, before we can understand that it must be delivered and reformed and how that can be done. One of the greatest obstacles to effective spiritual formation in Christ today is simple failure to understand and acknowledge the reality of the human situation as it affects Christians and nonChristians alike. We must start from where we really are. And here we recall that all people undergo a process of spiritual formation. Their spirit is formed, and with it their whole being. As I said earlier, spiritual formation is not something just for especially religious people. No one escapes. The most hardened criminal as well as the most devout of human beings have had a spiritual formation. They have become a certain kind of person. You have had a spiritual formation and I have had one, and it is still ongoing. It is like education: everyone gets one—a good one or a bad one. We reemphasize that those are fortunate or blessed who are able to find or are given a path of life that forms their spirit and inner world in a way that is good.1

Jesus saw the woman at the well as someone who didn't know about the things of God. In talking with her, Jesus was able to lead her to repentance. Whenever I engage others online or in person, I've found it better to see people as deceived. They're deceived by the world, by the Devil and by themselves. Like a young child, they are simply regurgitating a lie they want to believe. That's the beginning of compassion.