The Strength of a Cumulative Case

Modern movie-making has come a long way in terms of special effects. Audiences gasp in awe during scenes in adventure stories such as Journey to the Center of the Earth, where the heroes stumble upon extraordinary locations during their quest, seeing things few humans have ever beheld. Our exploration of the Christian faith can give us a similar sense of awe as we travel through its unique tenets, finding new ways of thinking about things we believe and the way God works in each of us. Some of its grandeurs and vistas are as breath-taking as climbing to the rim of the Grand Canyon, looking out and trying to take in its vastness. Of course, the Canyon is so massive that we only get a glimpse of one small portion. We can never see it all and see it intimately at the same time, but still understanding there is a greatness there that we can at least begin to appreciate. This really is how it feels to seek out knowledge of the one True God. 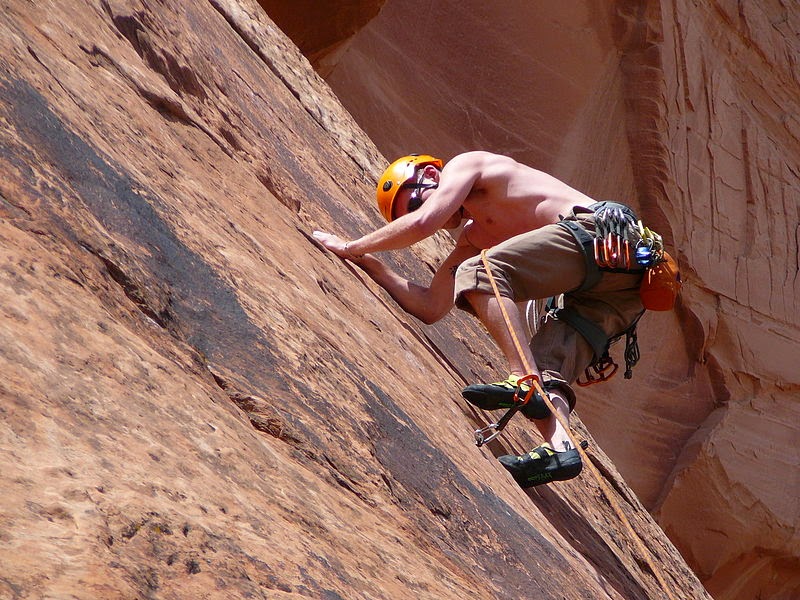 Seeking to find out if there's a God is a basic part of being human; it's one of those "big questions" that I talked about before. As human beings, we want to know where we came from, why the world works the way it does, and how things will eventually turn out. Belief in God begins to answer these questions. It becomes the very first step in defending our faith, since it entails ideas that we will use in the rest of our journey.

So as we start to scale the tall cliffs that show us the existence of God, it makes sense to take the advice of our wise friend Pooh, above, and understand exactly what it is we're looking for. The basic notion that there is a God is nothing new; all societies have held it in some form since the beginning of recorded history. But what does the notion of God really mean? We assume that when we say "God," everyone understands what we are talking about, but this may not be true. Therefore, if we're going to look for evidence that God exists, it becomes necessary for us to define just what qualities we should be looking for at a minimum. What are the things that make God, God and everything else not a god? We're not looking at all of God's attributes right now, just something that differentiates God from everything else.

In rock climbing, there are different techniques used to help aid the climber and ensure his safety. Some will use a system of ropes and anchors to climb up a tall face —the climber will be attached to a safety rope by his belt, and as he makes his way up the face, he will nail an anchor to the rock that holds a clip. He then clips his rope to that anchor and continues up. This way if the climber slips, he may fall a ways, but the anchor will catch the rope and he won't fall all the way to the bottom. If that anchor pulls out, then the next anchor will hopefully catch him, and so on.

If an explanation rejects God and suggests another reason for the evidence of existence, design, morality, and history, that explanation should:


This is an example of building a case with "leaky buckets." The idea is if one argument is found to be weak or has a hole in it (like a bucket that has a leak), there's another bucket underneath to catch the water. Each argument doesn't really strengthen the case, is simply helps catch any mistakes. If our climber has a series of bad anchors when he slips, then he'll never reach the top of his climb and it will be pretty scary coming back down!

Another way to climb is to tie off the rope at the top of the cliff before the climber starts his ascent. The rope can help support the climber as he climbs and it's safer, since the rope is anchored to a solid object before the climb even begins. The climber can also know the rope reaches all the way to the top, so he knows he can get there even if he's pulled up. Now imagine that our climber doesn't have just one rope that will hold his weight, but four ropes attached to him instead, all anchored from the top of the rim. Each rope can stand on its own and support the rock climber's weight, but weaving four different ropes together makes a support system so strong, it's nearly impossible to fail.

This is the type of evidence for God I offer. Each of these four arguments goes "all the way to the top" in supporting the existence of God. Each can hold its own weight. But taken together, they point very strongly to God's existence. You may hold some doubt concerning any one of these arguments, but once you put them together, their total becomes amazingly strong. And remember, any other theory for how and why we're here should 1) offer an explanation of each of these points that is stronger than what I'm offering, and 2) offer accounts that are all consistent with one another in explaining the evidence we see to give us good reason to choose to that argument over a belief in God.