What Must God Do to Prove His Existence? 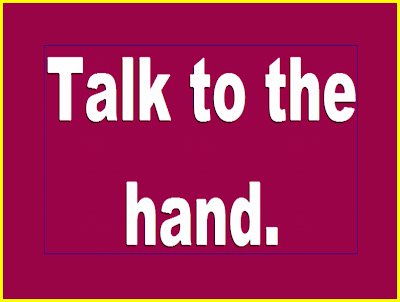 Yesterday, I said that many atheists claim they would believe in God if he would only provide better proof for His existence; however the reality is that they probably wouldn't. There is always a way of dismissing any type of evidence; one may claim that the evidence could be doctored ("photoshopped" is the convenient claim today) or dismissed in any number of ways. I'm pretty confident of my assertion, because of what I didn't talk about in that post, the fact that God has already provided some very good evidence of His existence which continues to be rejected by the atheists.

This blog has looked at different evidences for God in the past. We've discussed the beginning of the universe, its fine-tuning, how God is a necessary being, the existence of minds, and other evidences. However, what if God was to present us with a miracle like Jesus did when raising Lazarus? Or what if God was to appear to the skeptic directly and immediately and say, "Look! I exist!" Would the skeptic believe? Let us assume for the sake of argument that this skeptic does believe. He or she says, "The evidence is now incontrovertible; God exists." Ok, but what happens next? One would expect that the witness to such a revelation would not only change one's mind but also motivate that person to tell someone else about such a remarkable experience. In fact, I can't see how such a belief-changing experience could be kept to oneself. That former skeptic would be grabbing everyone who would listen and proclaim that, finally after all these millennia, God has indeed shown Himself to be real.

But when our skeptic relays this experience to friends and family, then what? Should they say, "Well, that may be what you have seen, but since I didn't have the same experience I won't believe until God reveals Himself to me directly, too!" According to such a criterion of proof, God would need to reveal Himself to all those our skeptic tried to convince, regardless of whether they may believe or not. What about the next day or a week later when life returns to normal and the skeptic begins to doubt whether the whole thing was real or perhaps the result of too many nerves, too little sleep, or an overindulgence of alcohol? Is God obligated to do it again and again?

One can quickly see that demanding God to provide incontrovertible evidence quickly devolves God from the ruler of the universe to someone who must constantly answer to the demands for proof by His creation. It not only makes no sense, but no God worthy of worship would stoop to such demands. It assaults His dignity. The fact is that God did provide real evidence to skeptics; Jesus appeared to Saul of Tarsus who at the time had a singular goal of wiping out anyone who extolled the name of Jesus of Nazareth. Saul testified over and over of Jesus' direct appearance and His rising from the dead. The Jews rejected his testimony when he told them and skeptics today continue to reject his testimony. Yet, his conversion is compelling and the historical evidence supports Jesus' resurrection from the dead. Whether Paul was talking with you face to face or you're reading his direct testimony contained in his correspondence (1 Corinthians 15:3-8 especially), it becomes too easy to be skeptical for skepticism's sake.

Think of it another way. God sacrificed His only Son for the sake of man's salvation. This is the greatest sacrifice and act of love anyone could ever perform. Jesus was then raised from the dead, testifying that He really was the Son of God and He did have the power over death and hell. To respond like Bertrand Russell did and say "Sir, why did you not give me better evidence" is insulting beyond measure. God does not exist to appease the whim of man. God's hiddenness is a sign of His holiness and transcendence.

We do have plenty of evidence for God's existence and not just Paul's testimony. We have multiple accounts from antiquity of Jesus' resurrection. We have the testimony of nature. We have the prophecies of the Bible fulfilled. For those who choose to reject it, I doubt that any evidence would ever be enough.
Posted by Lenny Esposito at 2:59 PM
Labels: apologetics, atheists, existence of God, proof, skeptics