The Rise of the Anti-Hero

"If a man were permitted to make all the ballads, he need not care who should make the laws of a nation."1 – Andrew Fletcher.

It is no secret that we're in the midst of a cultural revolution. As western society pushes more aggressively towards post-Christian secularism, we are beginning to see changes in more obvious ways than before, so much so that others are beginning to take notice. 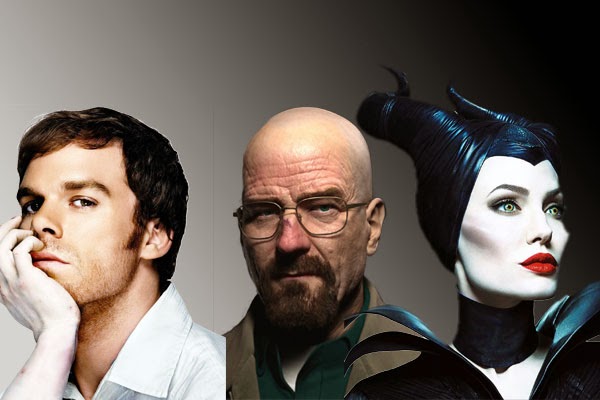 An Op-Ed column by writer Greg Burke appeared  in today's Los Angeles Times entitled "Disney's 'Maleficent': Romancing the devil." There, Burke observes that the movie company known for its family-friendly fare is now "risking the wrath of monochrome Christians everywhere."2

Disney has portrayed evil with interesting specificity in previous films. Even in 1940's Fantasia, evil demons in the "Night on Bald Mountain" sequence were clearly depicted, especially when juxtaposed with the hallowed blurriness of "Ave Maria" which is supposed to counteract the evil frivolity. For fallen men, evil is always easier to see than holiness.

But, as even Burke notes, in Malificent there's a fundamental shift in the understanding of evil. Not only does he claim that "Jesus has lost some reputational ground," but he believes "It's easier to identify with a Maleficent than a messiah."3 He writes:


Once a force of pure evil, the demonic Maleficent (played by Angelina Jolie) has morphed into a sympathetic Earth goddess akin to Demeter, cursing yet protecting her Persephone-like surrogate daughter, the sleeping beauty Aurora.

In endowing the horned Maleficent with motherly love, veteran Disney writer Linda Woolverton takes a stance similar to that of Scandinavian/European black-metal bands such as Immortal, Dimmu Borgir and Behemoth: They embrace darkness in order to align themselves against those who claim to represent the "Light" — the legions who invoked Christ while destroying primeval cultures and slaughtering the metal folk's tribal forebears. Maleficent's brutish screen opponents, crowned with medieval helmets, lack only crosses on their chests to identify them directly as Crusaders.4

The mistaken history and pejoratives aside, I think Burke is onto something and this change in the public's self-understanding is not exclusive to Disney. The anti-hero is the rule of thumb in entertainment today. One has to look no further than hit television shows such as Dexter, Breaking Bad, or The Walking Dead to see how heroes with moral clarity have been replaced by protagonists (if one can use the word) who week after week are playing by their own rules and using demonstrably evil means to achieve their individual ends.

In Book II of The Republic, Plato was deeply concerned with the popular entertainment of his day. He felt that the stories people told had a profound impact on the society as a whole. He states that the most stories were having a corrupting influence on those who partake of them by not only being false, but offering dangerous lies by making what is naturally bad good and vice-versa . He calls such corruptions "ugly and immoral as well as false—misrepresenting the nature of gods and heroes, like an artist whose picture is unlike the object he sets out to draw." 5

Unlike Plato, I don't see state-governed censorship as the solution. However, while our entertainment reflects our declining values, it also reinforces those "ugly and immoral as well as false" views on just what a hero should be. We know that children who watch these shows are affected in many ways,6and such representations are multiplying exponentially. I think it demonstrates that we are truly in an age that Paul warned us of in II Timothy 3.

We need good, educated Christians and apologist to not only debate Christianity's values in the public square, but we need more educated Christian artists to create thoughtful entertainment that can support and exemplify Christian principles. Otherwise, we may lose our culture entirely.