Does the Resurrection Require Extraordinary Evidence?

I recently was invited to a meeting where several Christians were discussing the existence of God and the reasons they hold to Christianity with a group of atheists and agnostics. Eventually, the point about Jesus' resurrection was raised. When this issue was brought up, one of the skeptics said, "this is an extraordinary claim and it requires extraordinary evidence." 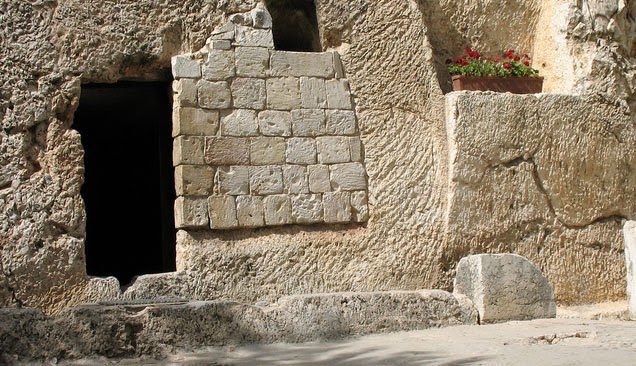 Now, I'm not sure how it follows that extraordinary claims require extraordinary evidence. In fact, when you think about it, most extraordinary advances in human knowledge came without extraordinary evidence, but merely the supporting testimony of others who were eyewitnesses to the achievement. When Admiral Peary was the first to cross the North Pole or Sir Edmund Hillary scaled Mt. Everest, these were reported in newspapers all around the globe, but what was the evidence offered? Eyewitness testimony.

Now, granted, these kinds of achievements are somewhat different from the claim of the resurrection because they're repeatable - others have gone on to duplicate them. But my point is that when they were accomplished the first time, no one asked for evidence above and beyond the testimony of those who accompanied these men. That type of evidence was sufficient.

Another difference, though, may be in the fact that one could argue that while those achievements are remarkable, it is nonetheless conceivable that someone could accomplish them. All the facets for so doing (the strength, planning, etc.) already exist within humanity. Something like the resurrection, however, is on a vastly different plane: it's something never before seen in history. Well, let's look at another investigation that would also be on a vastly different plane, the search for intelligent life in outer space.

The existence of life on other planets is a very controversial topic. There exists good research by scientists who have looked at the number of factors required for any life to exist have noted how incredibly balanced all things must be for living things to survive.1 Therefore, they highly doubt that intelligent life could exist elsewhere in the universe. However, there are other real scientists who are right now engaged in the search of extraterrestrial life. The project is called SETI and is funded largely by NASA and the National Science Foundation.

If you ever saw the movie Contact, starring Jodie Foster, you would be familiar with the SETI project. SETI stands for the Search for Extra-Terrestrial Intelligence, and these scientists aren't just looking for life, but intelligent life - aliens who can communicate with us. If they were to claim that they've found intelligent alien life, it would be an extraordinary claim.

So, how do they hope to prove that such life exists? Do they seek some extraordinary evidence, such as a flying saucer or to display the creature in front of the world? No, they simply point giant radio dishes to the heavens and listen for signals. In the movie Contact, the signal was something as banal as a set of blips in the sequence of prime numbers. This is not "extraordinary evidence". The scientists are simply looking for a signal that cannot be considered random - signals that hold information and therefore imply an intelligent mind. This is very standard evidence; the same type archaeologists look for when trying to understand ancient cultures.


Evidence that Explains the Observable Phenomena

The reason the SETI scientists are looking for information-bearing signals in outer space is because the explanation for the existence of that signal can only be intelligent life. I guess one may surmise that a group of natural events could happen simultaneously to generate a signal that produces the first ten prime numbers or something like that, but that does not strike me as a reasonable explanation. For one thing, it's too ad hoc. In other words, it's so unlikely and contrived that it seems to be forced and not the way we see the world really work.

When trying to understand the historic claim that the resurrection of Jesus really happened, we must look to see if we have good evidence for it. Much like the SETI project, if the only workable explanation for that evidence points to a resurrection, then we are reasonable in believing that the resurrection did occur. It's not required for us to have "extraordinary evidence", but reliable evidence where the resurrection fits all the facts better than any other. If a competing theory is offered that also fits all the facts, then it should also be considered and both explanations should be weighed to see which is more likely.

I believe that we have such facts in the historical accounts of Jesus' resurrection. We have strong reasons to believe Jesus was crucified and was buried, that His tomb was empty, skeptics James and Paul  were converted, and the unwavering belief of the Apostles that they were eyewitnesses to the risen Christ. According to Dr. Gary Habermas, these are well-established historical facts accepted nearly universally by both liberal and conservative scholars.2 The question then becomes, what is the best explanation to fit these facts? Perhaps Jesus really did not rise from the dead - but then how do you explain the empty tomb? How do you explain the conversion of Paul from a zealous Jew and church persecutor to the biggest proselytizer the Christian church had?

Just as SETI, these evidence we have is not extraordinary in itself, but it is extraordinary in the fact that it leads to only one conclusion - that a man really did rise from the dead 2000 years ago and proved it by showing himself not only to His followers, but to His persecutors as well. There is no other explanation that fits the facts.