Let’s Change Our Message on Sex

This blog post is about sex, and it's the first time I've written about it directly in my years of posting. Is sex an apologetics topic? Absolutely. One's understanding of sex reflects one's worldview and many times actually helps shape the worldview of the individual. I think that the church hasn't done a very good job in expressing exactly what the Christian position on sex really is, and I'd like to try and provide a different approach from what you may have heard before. 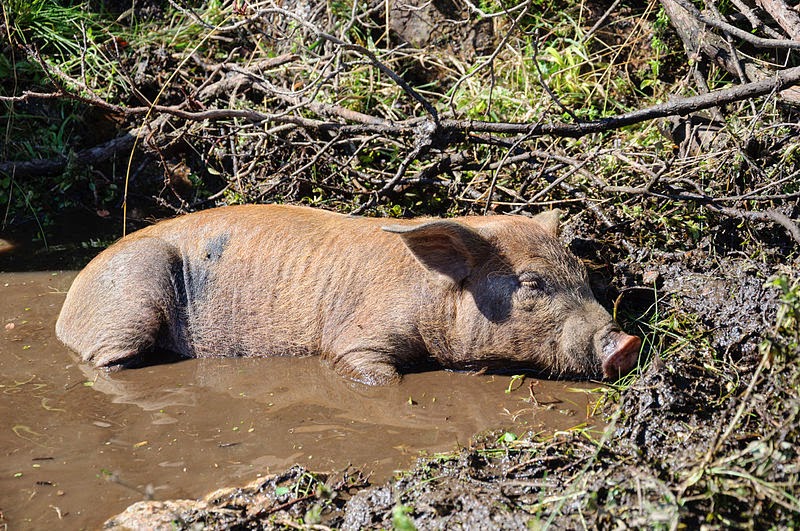 In his Deeper Waters blog post this morning, Nick Peters talked about running across some online comments regarding sex and chastity. The poster said he was on "a bit of a 'sex' kick" and asked the mixed Christian and non-Christian audience "How important is virginity?" I think that both the Christian and the non-Christian are both really confused when it comes to understanding sex. Nick reminded me of the old joke, "I was told two things about sex growing up. #1. It's dirty. #2. I should save it for someone I love." Obviously, that sounds a little bit contradictory. How can sex be dirty and special at the same time?

I think one of the real difficulties we have when trying to present the Christian viewpoint on sex is the language we use (maybe Wittgenstein was onto something!). Because sex is uncomfortable or embarrassing to talk about, we try to communicate its value by using words like "private," "special," within marriage but "dirty," "inappropriate," "foul" or some other negative term in public. I want to inject a new definition into the discussion. Ultimately, sex is holy. Now, some may recoil from that statement, but I believe it's true and it can be supported biblically. Sex is a God-created union that joins a man and a woman in a way that no other act or speech could. The Christians in Corinth had a sexually permissive attitude, but Paul tells them, "Do you not know that your bodies are members of Christ? Shall I then take the members of Christ and make them members of a prostitute? Never! Or do you not know that he who is joined to a prostitute becomes one body with her? For, as it is written, 'The two will become one flesh.' But he who is joined to the Lord becomes one spirit with him" (1 Cor. 6:15-17).

So, Paul says sexual relations joins people together in a spiritual fashion, just as becoming a believer joins one spiritually with Jesus. Sex is therefore a spiritual union. It's holy. This idea is not new; in the Old Testament, the nation of Israel would often sin by worshipping foreign gods. Their actions are consistently referred to by God as "playing the harlot." Even in the book of Hosea, there's an extended analogy of the prophet Hosea's wife sleeping with other men, and God compares this to Israel's idolatry. If worshipping foreign gods is harlotry, then it stands to reason that worshipping the one true God is akin to the sexual union within marriage. It is how God designed us to behave. Sex is holy, and it should only be exercised within a context of holiness.


If we define sex as holy, it can radically alter our perspective. Just as the desecration of a holy object should naturally cause shock and revulsion, so to taking the holy act of sex out of its context and using it casually, for recreation, or to see how many times one can score becomes repulsive. Pornography takes on a whole new dynamic as besmirching and degrading that which we should hold in honor. Even lust can be seen a bit more clearly as deviating from the way we should be looking at one another. Marriage is a holy bond, a covenant made by two people before God. In this context sex becomes exclusive and focused, and it serves the purpose of drawing those two people together in a way that nothing else will. To run it through the mud by saying that it can be used with anyone interchangeably makes no sense. Chastity sounds reasonable and appropriate.

The holiness of sex is why infidelity is so damaging to a couple. Even if one person no longer desires sex, to learn that his or her spouse had sex outside of marriage is devastating. Infidelity intrinsically violates the entire marriage bond between husband and wife. It reduces one's commitment to frivolity. It's considered dirty because it damages the relationship. In other words, the misapplication of sex is a corrosive that breaks down the very bonds of marriage itself.

I recognize that sexual temptation is an absolutely huge problem, inside the church as well as outside. This one blog post is not going to change that anytime soon. However, if we make a mental commitment to use the language of holiness whenever we talk about sex, it may actually help up to begin really seeing sex in that way. This won't solve the problem by itself, but the more we reinforce the concept of sex as holy, the more we will begin to naturally understand it to be such. Anytime we can see things more as God sees them, we're one step closer to holiness ourselves.
Posted by Lenny Esposito at 12:43 PM
Labels: Christian living, culture, morality, promiscuity, sex