After posting my podcast series "Why the Origin of Life Requires a Creator," I received a response from an atheist friend of mine who charged me with committing a logical fallacy. In the comments section he wrote, "It is all a logical fallacy called 'Appeal to Ignorance.' 'Not knowing' isn't evidence for, nor against, the existence of God." 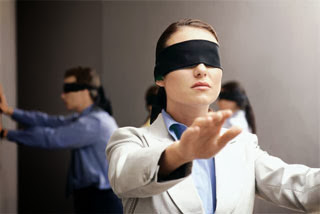 For those who are not familiar with the discipline of logic, there are two types of fallacies one can commit when advancing an argument: one is a formal fallacy, which is when the conclusion one presents doesn't follow from the premises. In casual conversation this sometimes happens, but one is more apt to run into an informal fallacy. An informal fallacy is one where you present something as evidence that really isn't evidence for your conclusion at all.

The fallacy known as appeal to ignorance (formally argumentum ad ignorantiam) was first coined by philosopher John Locke in his Essay Concerning Human Understanding. The Lander University Philosophy Dept. web site gives us a good definition:
Of course, anyone who has listened to the series would know that I don't claim that God exists because no one has proven otherwise. However, I've heard this charge before, that by claiming a creator I am somehow committing an appeal to ignorance. In my conversation, my friend said:


"If caveman are sitting around talking about what causes thunder, and one says it is the gods in the sky fighting, and the other says he doesn't know, does that prove it is the gods fighting (inference to the best conclusion)? We don't know anything about origin details just like the cavemen... running to belief in superstition doesn't equate to discovering truth.

"I agree we should always use 'inference to the best conclusion' but in these categories no one knows. So to claim this as evidence for god is the fallacy of 'appeal to ignorance.' It is a classic example of that basic fallacy."

My friend Jim Wallace recently explained to me that a homicide detective, when confronted with a dead body, knows that there are only four explanations for a person's death. The person may have died of natural causes, he may have died from accident, he may have committed suicide, or he may have been a victim of homicide. If there are no witnesses and no recording of the events, the detective doesn't know which scenario is true. However, homicide requires there to be another person present, where the other three causes do not. If you can examine how the person died and show that this person could not have died without the actions of another, then you are reasonable in holding homicide as a viable option.

When arguing with my atheist friend, I used a similar analogy:


"If I were to say 'The origin of a bullet in a man's heart requires a shooter,' would that also be an appeal to ignorance? There's evidence and there is an inference to the best explanation of that evidence. That is not a logical fallacy, but an inductive argument."

You see, we know that bullets don't just grow inside of people. We also know that life requires certain initial conditions. We can understand what replication entails, how DNA to mRNA to amino acid strings to their folding a certain way in order to create required proteins necessary for life. We know about chirality in amino acids and sugars and the long odds of homochirality happening randomly. All of these points I brought up in my series, and they all argue that life simply could not have arisen through only natural processes.

It is easy to throw out the charge of fallacy, such as "you're appealing to ignorance!" but by misusing the term it simply becomes a dodge to avoid the evidence presented. Argumentum ad Ignoraniam takes a very specific form. Don't fall for the charge of committing a fallacy when the fallacy doesn't apply.

There are many of these informal fallacies, and the Internet is awash in lists of them. For those who wish to dig deeper into learning about logic and critical thinking, including identifying fallacies, I recommend The Thinking Toolbox and The Fallacy Detective, both by Nathaniel and Hans Bluedorn.

And in all of your reasoning, "Let's be careful out there."
Posted by Lenny Esposito at 9:35 AM
Labels: apologetics, argumentation, creation, logic, philosophy, reason