Comparing The Matrix, Tolerance, and the Truth

Are you a Neo or a Cypher? If you recognize those names, then you are probably one of the many people who've seen the hit 1999 movie The Matrix or its hot sequel The Matrix: Reloaded. Rarely do popular films come out that spur conversation on such heady topics as the nature of reality, God, fate, and freedom the way these movies have. I'd like to explore one aspect of The Matrix scenario that you may use as a springboard with your colleagues at work or school. 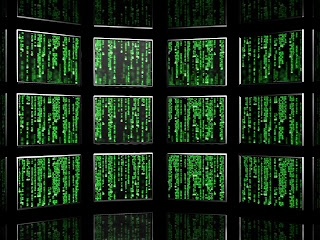 First, some background. Neo is a computer programmer/hacker living a life of quiet desperation in 1999. After a series of events, he discovers that his life isn't real. He, like all of humanity, has been enslaved by computers who feed his brain with electrical impulses that simulate sensory experience. Life is really a virtual reality program called the Matrix. Once Neo is set free from the Matrix, he seeks to free others.

Cypher, on the other hand, is one of the villains in the original movie. Escaping the Matrix years earlier, he now finds that life in the "real world" isn't pleasant. He's trapped underground in a world with no sun, only porridge to eat, and none of the comforts of life.

One pivotal scene is where Cypher reinserts himself into the Matrix to speak with one of its Agents. There he says:


"You know I know that this steak doesn't exist. I know that when I put it in my mouth, the Matrix is telling my brain that it is juicy and delicious. And after nine years do you know what I've realized?... Ignorance is bliss."

Cypher wants to be put back permanently. He doesn't care that his senses would be deceived. His only concern is to feel the pleasures of life - and to have his memory erased so he won't know the truth of his condition.

All of this raises an interesting question: is Cypher's choice unreasonable? Christopher Grau examines this choice. He writes:


"Cypher is not a nice guy, but is he an unreasonable guy? Is he right to want to get re-inserted into the Matrix? Many want to say no, but giving reasons for why his choice is a bad one is not an easy task. After all, so long as his experiences will be pleasant, how can his situation be worse than the inevitably crappy life he would lead outside of the Matrix? What could matter beyond the quality of his experience? Remember, once he's back in, living his fantasy life, he won't even know he made the deal. What he doesn't know can't hurt him, right?"(1)

Most people naturally recoil at the idea of living in an existence that's a lie. Even though Cypher will experience greater pleasures by being plugged into the Matrix, they won' be real events; they're merely sensory illusions. We find such an idea repugnant because humanity finds value in that which is objectively true. Truth has what we call intrinsic value, or value in itself, and believing something that's not true is looked upon as tragic.

All of this sets me to thinking about beliefs people hold about religion. We often hear that faith is a personal decision, a private matter between that person and God. The problem here is different religious beliefs contradict each other. Islam and Buddhism cannot both be true. Hinduism has radically different concepts of God from Christianity. And if beliefs are shown to be contradictory, then there are at least some good people holding to beliefs that are simply false.


The Value of Objective Truth

Although many people speak of things like tolerance for all beliefs, if I am holding to something that's not true, then my belief is ultimately tragic; I'm caught in the Matrix unaware. Even if my beliefs give me pleasure, stability of life, a strong morality, self-worth, or self-identity, it is still not enough to continue to hold them. Those are the exact things Cypher was seeking in his deal with the Agent.

No, reality holds an intrinsic value. That is, it has a value unto itself. If I believed in something that is false, I would want someone like a Neo to come and help escape that false system. Of course, I should be on my guard so that I wasn't deluded into abandoning one set of false beliefs for another. And there are good ways to do this. (2)

The idea that there is one true way to understand the world is a basic premise to the Christian worldview. Christianity is the only religion that challenges its adherents to check it out against competing belief systems. Paul says as much to the Thessalonian church: "But examine everything carefully; hold fast to that which is good."(1 Thess. 5:18) It's why Christians are commanded to preach the gospel and convert those who don't believe (ref. Matt 28:19).

If Christianity is true, that is if it really does correspond to reality, then it seems to me that Christians should do everything in their power to try and spread that message as much as they can. Isn't this more right to save someone from a system you believe is false than just letting him live with the status quo? Who is the nobler person? Neo seeks to free others while Cypher seeks his own contentment.

So who are you? Are you a Neo or a Cypher? The choice is yours to make.