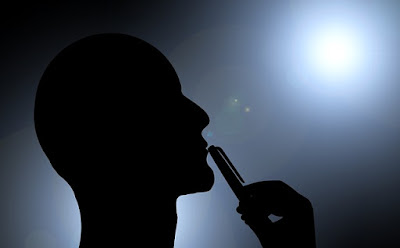 Rene Descartes is famous for his quest to identify at least one thing that was absolutely certain. He considered what he saw and what he felt, but he reasoned that his senses could be lying to him. He considered his past experiences, but he thought that it could be the case that he didn't remember them accurately or perhaps an evil daemon placed those thoughts in his mind even though they weren't real events (think: The Matrix). The more things he thought about, the more he doubted until he came to the realization that he couldn't doubt the fact that he was doubting! If doubting is going on, thinking is going on and someone has to do that thinking. Thus we get Descartes famous statement, "I think, therefore I am."

Conscious thought not only proves the existence of the thinker, as Descartes argued, but it also points to the existence of the Creator of the thinker. Materialists believe that all thinking is merely the outworking of physical processes like brain chemistry and electrical stimulation. But that view faces huge problems; it fails to explain where thoughts come from at all and why unconscious matter would suddenly have this new ability, especially given an evolutionary paradigm.

Have you ever had a brand new thought that seems to come from nowhere? Or perhaps you held to a particular belief and you read something and it strikes you that your belief is wrong, even though the piece you're reading isn't directly related to that belief. Where do these thoughts come from? How do they appear? Why should we have them at all?

J.P. Moreland says that to simply wave off consciousness as a product of the physical functions of the brain is tantamount to ignoring the question. Mental states do not "just appear." JP says they are "puzzling entities that cry out for an explanation."1 Philosopher Thomas Nagel agrees. In his book Mind and Cosmos: Why the Materialist Neo-Darwinian Conception of Nature Is Almost Certainly False he explains that the goal of science is to understand just how it is that things work the way they do. Nagel states that in science there is "an assumption that certain things are so remarkable that they have to be explained as non-accidental if we are to pretend to a real understanding of the world"2

The materialist view that thoughts are simply products of brain chemistry without need of any further explanation should then be considered the opposite of real understanding. It's guesswork and it's offered because the materialist holds a preconceived bias against immaterial causes such as the soul as the source of thought.

Why Should an Organ Produce Consciousness?

Another problem with the materialist account of human consciousness is it doesn't fit neatly into the Darwinian explanation of how complex entities arise through means of natural selection. Just how does unconscious material become conscious in the first place? When we see plants that grow in the direction if the sun, we can explain their actions through physical processes, but since it's impossible to describe mental events using physical explanations, it's impossible to offer a physical explanation for the emergence of consciousness.

This is why Darwinian explanations for the emergence of consciousness fall short. David Berlinski noted the same when he asks:


Why should a limited and finite organ such as the human brain have the power to see into the heart of matter or mathematics? These are subjects that have nothing to do with the Darwinian business of scrabbling up the greasy pole of life. It's as if the liver, in addition to producing bile, were to demonstrate the unexpected ability to play the violin. This is a question Darwinian biology has not yet answered.3

Consciousness, the ability human beings have for rational thought, cannot be explained in materialist terms. Our ability to reason separates us from the rest of the animal kingdom. It is something that cries out to be explained and by limiting oneself to only the materialist's tools of empirical evidence gives us no explanations at all. Our senses can deceive us, as Descartes rightly reasoned. Instead, consciousness points to an immaterial aspect of who we are and the emergence of consciousness points to an immaterial origin. Minds come from minds, consciousness comes from conscious beings. The Christian argues that the conscious mind is part of the immaterial soul, created by a conscious, rational, immaterial God. Such an explanation is both consistent and sensible. Consciousness gives us reason to believe God exists.

1. Moreland, James Porter. The Recalcitrant Imago Dei: Human Persons and the Failure of Naturalism. London: SCM in Association with the Center of Theology and Philosophy, U of Nottingham, 2009. Print. 24.
2. Nagel, Thomas. Mind and Cosmos: Why the Materialist Neo-Darwinian Conception of Nature Is Almost Certainly False. New York: Oxford UP, 2012. Print.
3. Berlinski, David. The Devil's Delusion: Atheism and Its Scientific Pretensions. New York: Crown Forum, 2008. Print. 16-17