The Search for God is Growing-Online 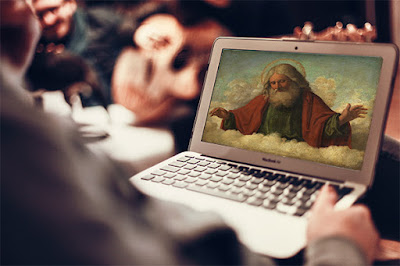 Last week an interesting article appeared in the New York Times looking at Google searches about God and religion. The article stated that search trends—how people look up things on Google and other search engines—is another piece of evidence showing the slide away from religious belief.

If that wasn't disheartening enough, Stephens-Davidowitz tried to broaden his examination to include concepts such as how to treat one's neighbor:

What Does It Mean?

As Stephens-Davidowitz notes, one cannot assume too much from the data. People Google things all the time that they may be partly confused on or even things that they do believe, but don't quite know how to explain. In fact, the article even stipulates that in more spiritually active areas of the country should show an uptick in searches about God. "If people somewhere are searching a lot about a topic, it is overwhelming evidence those people are very interested in that topic. Jambalaya recipes are searched mostly in Louisiana; Lakers statistics are searched mostly in Los Angeles."3


The Opportunity for Witness

The key to the article, though, isn't that smut searches are on the rise. It is that the people who have questions about God are taking them not to a pastor but online:


The No. 1 question in the country is "who created God?" Second is why God allows suffering. This is the famous problem of evil. If God is all powerful and all good, how could he allow suffering? The third most-asked question is why does God hate me? The fourth is why God needs so much praise.4

Stephens-Davidowitz is correct when he explains "People may not share their doubts with friends, relatives, rabbis, pastors or imams. They inevitably share them with Google." That means ministries that give good answers to these kinds of objections need to not only be online, but need to be Google-friendly. That's why I've been doing online apologetics and evangelism since 1996. The mission field is now a digital one. That's where people are looking and that's where those who wish to topple Christianity are trying to capture the seekers. We need to be there, too.

Of course, it's difficult. This ministry runs on an extremely limited budget and we could use more help to reach even more people. If you'd like to help support the online efforts of Come Reason to provide real answers to those who are questioning God, just click here. We greatly appreciate your support.