God Allows Evil for the Good 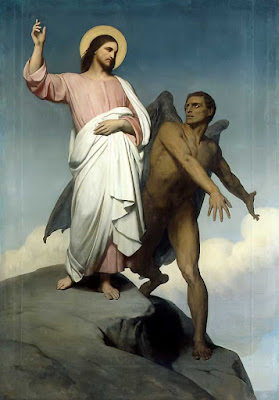 There is a lot of evil in the world. I don't think that's controversial statement; most people would agree with it. But is the presence of evil good evidence to hold that God does not exist? That's what many atheists argue. They claim an all-good God could have created a world where no evil exits. Some have gone so far to argue that the fact that evil exists at all proves an all-good God doesn't.

But is this argument sound? I don't think so. In his book God, Freedom, and Evil, Alvin Plantinga lays out a very careful argument for why an all-good God would create a world where evil exists. Plantinga writes:


A world containing creatures who are significantly free (and freely perform more good than evil actions) is more valuable, an else being equal, than a world containing no free creatures at all. Now God can create free creatures, but He can't cause or determine them to do only what is right. For if He does so, then they aren't significantly free after all; they do not do what is right freely. To create creatures capable of moral good, therefore, He must create creatures capable of moral evil; and He can't give these creatures the freedom to perform evil and at the same time prevent them from doing so. As it turned out, sadly enough, some of the free creatures God created went wrong in the exercise of their freedom; this is the source of moral evil. The fact that free creatures sometimes go wrong, however, counts neither against God's omnipotence nor against His goodness; for He could have forestalled the occurrence of moral evil only by removing the possibility of moral good.1

I think this argument is correct. God valued significantly free creatures so much that he allowed them the ability to choose to do evil. I've previously offered a digestible example in a short video you can find here.