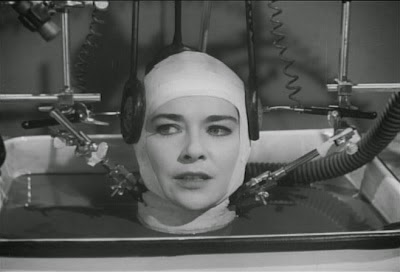 What makes a person? A New York judge has caused a lot of confusion on that score in the last couple of days. After hearing arguments by representatives of the Nonhuman Rights Project, who are seeking the "freedom" of two chimps held at the Stony Brook University lab. Upon hearing the petition, Manhattan Judge Barbara Jaffe issued a writ of habeas corpus, which according to Science magazine reporter David Grimm who has been reporting on the case, "typically allows human prisoners to challenge their detention."1 The action by Judge Jaffe would have been the first time non-humans were recognized as legal persons. However, Jaffe quickly amended her court order, striking out the phrase "writ of habeas corpus," according to updates of the story.2

Are chimps persons? What defines personhood? Groups like Planned Parenthood have gone out of their way to make sure that unborn children are not defined as persons. They try to justify that claim by pointing to things like the ability to have complex thoughts or limited brain development. Those kinds of limitations are supposedly what keep unborn children from being seen as persons. Yet, the chimps at Stony Brook University will never have the capacity for abstract reasoning. They may feel pain, but they will never be able to internalize the concept of pain as an idea in and of itself. So, why should people petition for the recognition of chimps as legal persons when the argument can be made much more persuasively that human fetuses are human persons?

Much of the confusion on what properties define personhood is the shortsightedness of relying on science to answer such questions. Science has been a great tool and has helped us understand things like human development in-vitro. It has also shown us that there are similarities in the way certain processes of biology function in both humans and animals. We share more of these similarities with some animals, such as chimps and apes, than we do with others, such as spiders or earthworms. But is a description of the machinery of our bodies all that's required to determine personhood or is there something more?

I think there is. In fact, biology isn't the necessary component in what makes a being a person at all. What if a human being is not being kept alive by his or her biology by purely by mechanical processes?  If someone has multiple artificial components surgically transplanted into them, does it make them less a person than another without the implants? Of course not. Even if we could one day replace all of that individual's body with machines, it wouldn't change the personhood of the individual.

It isn't the biology that matters in the question of personhood. It is the fact that persons share certain non-physical attributes, such as the ability to love, to reason, to recognize other persons as persons and to have communion with God. Those are what make a person a person. Basically, we reflect certain attributes of God, attributes that are immaterial. I want to be clear here, though. I am not saying that these attributes need to be active for personhood to obtain. If that were the case, those under anesthesia or in a coma would not be considered persons. It would disqualify some with significant mental disabilities.  Rather, personhood recognizes the being as having the potential for these kinds of things, even if they aren't fully realized.

Peter Kreeft sums it up appropriately:


The reason we should love, respect, and not kill human beings is because they are persons, i.e., subjects, souls, "I's", made in the image of God Who is I AM. We revere the person, not the functioning; the doer, not the doing. If robots could do all that persons can do behaviorally, they would still not be persons. Mere machines cannot be persons. They may function as persons, but they do not understand that they do not have freedom, or free will to choose what they do. They obey their programming without free choice. They are artifacts, and artifacts are not persons. Persons are natural, not artificial. They develop from within (like fetuses!); artifacts are made from without.3

As long as the broader culture looks to biology to try and define personhood, confusion will continue. Personhood is something bigger than biology, though. We need to expand our thinking to include the non-physical aspects of what makes  each of us persons, lest we lose the concept of personhood altogether.