Why God Doesn't Create a World with Less Suffering 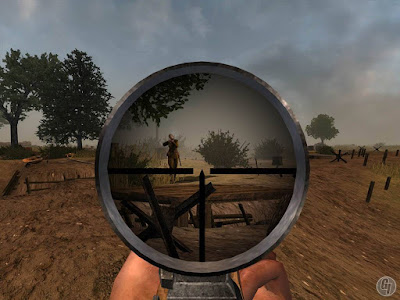 Probably one of the most difficult objections a Christian faces to his or her faith is how an all-powerful, all loving God can allow so much suffering in the world. I've talked at length about the Free Will Defense (see the short video here), which is the most common response to the problem of evil.

This means in order for human beings to be free, we must be free to do what is wrong as well as what is right. As I've explained, God cannot do what is logically impossible. That means he cannot make a square circle or a light-filled darkness. To have the ability to freely love God and obey him, an individual must also have the ability to reject God and disobey his laws. If I grant my son the freedom to drive my car while I lock him in his room to prevent him from crashing it, I've certainly not given him freedom. That means if God wants to create free creatures, they simply must be able to do evil acts as well as good ones.

Alvin Plantinga argues in a similar way, arguing if God wanted to create creatures that are significantly free, he must give them the ability to do things that are morally evil. Thus, Planting concludes "The fact that free creatures sometimes go wrong, however, counts neither against God's omnipotence nor against His goodness."1


Why Can't an All Powerful God Make People Only Hurt Themselves?

While the Free Will Defense has convinced philosophers that there is no logical contradiction between an all loving, all powerful God and the fact that evil exists in the world, many atheists still object to what they perceive as too much evil or the wrong kinds of evil in the world today. Of course, explaining just how that would play out is a much more daunting task, one the atheist is usually incapable of so doing.

Richard Norman feels that God should have created a world where people are still free, yet if they do evil things, they will only inflict suffering upon themselves.2 In the abstract, this sounds reasonable, but it really isn't. It strikes me that in order for God to create a world where evil acts hurt only the perpetrator, one of three scenarios must exist. The first is that the perpetrator lives in a world where his or her actions have no significant consequence to any other being. Think of a person taking a sword and slicing another in two but when he does so the sword passes through the other person's body like an apparition. We have a good model for this kind of world in the video game area; you may lose your lives and lose the game, but you harm no one else.

But we know that any virtual world isn't as valuable as the real world. We are appalled by those who would shun actual relationships so as to only seek sexual gratification only through virtual reality apparatus. It is because video games don't provide real world consequences for one's actions that we understand them as an occasional pastime activity and not what should be driving and informing our humanity.

The second scenario is to reduce the choices people can make to those that are non-meaningful, save self-destruction. In this case, a person would have no choices available to him or her regarding others. We could not choose who we love, if we love, if we walk, if we work. Everything would be run off a program. The only choice we would have is a "harm thyself" button on our chests. That one we can push, knowing that if one did decide to blow himself up, the machine-maker would immediately replace him with another so no other cog in the wheel would fail. This obviously denies the significant portion of creating a significantly free being, which doesn't make it much of a choice.


We Need Suffering to Be Human

The last option available in order for no one to harm another is a world that I think God could actually construct. That is simply to create a world where every single human being is isolated from one another. If one has no relationship with others, it becomes impossible for any emotional attachments to develop and for one's actions to produce any suffering upon another. In such a world, we would perceive ourselves to be alone. God would basically be creating billions of worlds of single individuals. But again, this robs humanity of one of its distinguishing features—the ability to develop meaningful relationships, empathy, and love for one another.

The fact that people suffer in this world is difficult to understand. However, the fact that it bothers us is hugely valuable. Empathy is part of what makes us human and it is part of what it means to be made in God's image. To be human means to understand that suffering is a bad thing, which requires us to be relational beings who can make free choices. Take away our freedom to choose to do evil and you are left with beings who are less than human.