Is Rejecting God a Sign of Rationality or Resentment? 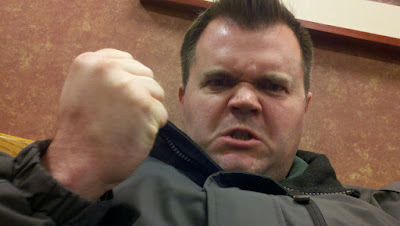 It is natural to believe in God. The vast majority of people throughout most of history and across all cultures have had some kind of belief in the divine. Yet, atheism and agnosticism seem to be on the rise, especially in Western culture. What motivations are causing more and more people to dismiss God as a real option? Is it really a mark of rationality to dismiss the idea of God?

Many atheists I speak with will say that they've come to the conclusion there is no God simply from rational reflection. This is a possibility, but it begs the question as to why throughout the annals of history where we have the writings of so many highly rational people, there haven't been more atheists. It also doesn't explain all the rational people today who do believe in God. Finally, it sounds a bit pretentious to say that one can turn off one's experiences, feelings, and biases and use reason alone to come to such a profound conclusion.

In his book Faith of the Fatherless, Paul C. Vitz claims that people reject God for willful reasons as much as rational ones. Vitz sees their unbelief rooted in part or in whole on their will and attitudes of who God is and how they perceive him. He explains:


Some people reject God and religion because of the awful things that have sometimes been done in the name of God or religion. This unbelief has a basis in reality and can be quite rational. Believers have debated these criticisms, but these criticisms certainly cannot be rejected out of hand. Others reject God and religion because of experiences with pain and suffering or because all they know are very simple-minded teachings about Scripture. Such responses for the unbeliever in question are not irrational, but from the perspective of a serious believer such responses are unjustified by a deeper understanding of the issues.

But, sometimes the various arguments about bad religion disguise or cover up a deeper reason for rejecting God and religion. Some people have an intense hatred and fear of the Good, of the True, and of the Beautiful. All of these are attributed to God and are rather often found in holy, religious people. But why would anyone have such motives? How can this be? Such individuals resent goodness because by comparison they know they are not good, perhaps even quite bad; they resent truth because they prefer lies over the restrictions that follow accepting truth. Many even prefer their own ugliness to others who present or create beauty. They take pleasure in destroying or deconstructing what is good or beautiful or true out of envy and personal resentment.

Finally, there is a most important personal factor, which is perhaps best described as free will. After all, the individual, whatever the cultural and personal pressures favoring or opposing atheism, must ultimately decide which way to go. At any given moment, or at least at many times, every person can choose to move toward, away from, or against God.1

In my experience, factors of resentment and will powerfully motivate a lot of atheists in their unbelief. It explains so many visceral reactions I've encountered with unbelievers who don't simply disbelieve in a divinity, but seem to actually hate the Christian God.

Philosopher Thomas Nagel, who is an atheist, succinctly summarizes the problem in discussing his own non-belief. After drawing distinctions about rejecting religious beliefs and institutions, Nagel confesses it isn't these things that alarm him about atheism:


I am talking about something much deeper—namely, the fear of religion itself. I speak from experience, being strongly subject to this fear myself: I want atheism to be true and am made uneasy by the fact that some of the most intelligent and well-informed people I know are religious believers. It isn't just that I don't believe in God and, naturally, hope that I'm right in my belief. It's that I hope there is no God! I don't want there to be a God; I don't want the universe to be like that.2

Nagel himself admits it isn't only rationality that undergirds his  atheism. He is honest enough to say he has some emotional motivation as well. He doesn't want there to be a God to whom he is answerable.

To be sure, Christians can believe in God for opposite but reflective motivations. It may not be rationally based reasons why they came to faith but a desire to satisfy an emotional relationship. The rational justification of belief may come afterward. But labeling non-believers as "free thinkers," "brights," or "rationalists" is disingenuous as it is clear non-belief can easily have its origins in emotion and bias.