It's Crippling to Believe Only in Science 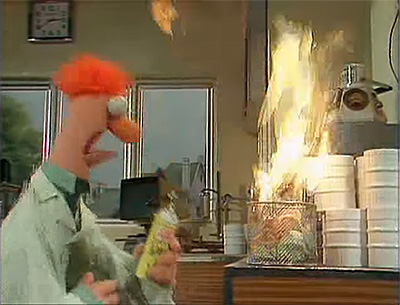 I've written several times on how today's culture holds an over-inflated view of science. Science is a great tool that helps us to learn about one very specific subset of knowledge: the mechanics behind the natural world. It cannot tell us about other crucial pieces such as what constitutes knowledge, what constitutes a meaningful relationship, or how to stop people from being evil. Given its limited scope, therefore, science is of a certain limited value.

This isn't to say the study of science is of no value or marginal value. Some of our gravest problems do come from mechanical interactions. Illness would be one example. But it is wrong to think that because one can claim "science says so" and therefore the discussion should end. With politically contentious and highly complex issues like how modern humanity may be affecting climate, a large degree of caution is warranted.

The fact is science doesn't always get it right. Thomas S. Kuhn explained scientific advancements do not come in a pattern of smooth upwards growth, but in a very herky-jerky set of fits and starts, as those holding to old paradigms are hesitant to give their particular views up. Even if there is a strong consensus of opinion on how some particular point, scientists are still people and people are capable of being wrong and being persuaded by others who are also wrong.

Here are just a few areas where claims based on accepted science were either rushed, fraudulent, or simply wrong:
None of these events show that all of science is corrupted or questionable, but it does illustrate that science has no claim on being the only way to really know something. That's why anyone who says they only believe in "science" has crippled him or herself from the truth before they've even begun to search for it.

Evolutionist Stephen Jay Gould said "Scientists cannot claim higher insight into moral truth from any superior knowledge of the world's empirical constitution."6 I always take exception when in conversation an atheist will claim to "only believe in science."