Does "We Believe as We Are Taught" Explain Christianity's Popularity? 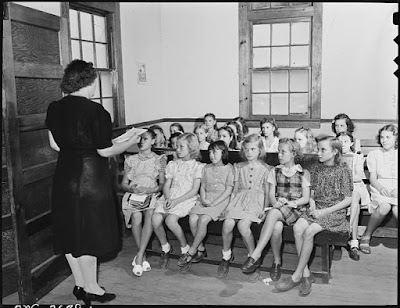 The vast majority of people across the globe believe in some type of deity. However, much has been made of recent polls showing that in western nations such as Europe and the United States there is a growing number of people who do not believe in God. One recent article pointed to a poll of Icelanders that claimed no Icelander under the age of 25 believes God created the world. 1 Given the fact the poll was conducted by an atheist group and they also found 42% of those that same 25 and younger set identified as Christian, I would question the poll's methodology before making the grandiose claim of 0.0%.

But the desire of those like the Icelandic Ethical Humanist Association to trumpet how more and more people are disbelieving God raises another issue. What are they trying to say? How does the fact we see some growth in the number of atheists and agnostics correlate with that is true and what is not? Certainly, such an argument would be counter-intuitive for the atheist. If truth was found by percentages, then the theists' numbers provide overwhelming evidence for God's existence.

Usually, atheists don't argue that point. They take the tact that religious beliefs are held because they are taught or caught like a virus. Richard Carrier claims "The most fundamental reason for the persistence of religious belief is the very simple fact that we believe as we are taught." 2 Atheists sometimes make the related argument that goes something along the lines of, "If you were born in Afghanistan, you'd be arguing for Allah's existence right now!"

However, there are several problems with this claim. We can look at least three:


1. It Commits the Genetic Fallacy

Just because we're taught something doesn't make it wrong. We believe other things, like molecules are comprised from atoms. We hold to that belief without having to do our own experiments. Even counter-intuitive beliefs like how quantum particles behave as if they know we're going to look at them before we do in double-slit experiments. Even if my fourth grade teacher was a crook and a liar, does that mean I shouldn't believe Father Serra was responsible for building the California Missions? There are a whole host of things people believe because they are taught. One cannot dismiss the belief simply by questioning the source.


2. Christianity's History Shows the Opposite

While it's true that some people will accept their faith system without question, it doesn't mean this was the way the faith system itself grew. Islam has a history of conquest and pressing its belief system onto subjugated groups. Christianity, however, grew differently. Christians for 2000 years have been going into places where people believed something else and converting them. Although a group such as the Greeks or the Irish or the Romans held to a particular belief system, one that they were taught, they converted to Christianity freely because they were presented with the truth of the Gospel. They changed their beliefs, even though it many times meant more danger and persecution.


3. Atheists Will Abandon Their Beliefs Today

Finally, there are beliefs that are abandoned as unsupportable EVEN THOUGH we've been taught them. Most every adult I know was taught that Santa Claus existed as a child, but I know of not a single individual who has remained committed to that belief. I certainly have never heard of an individual who grew up not believing in Santa Clause but decided at 35 Santa was real!

However, I know many very reasonable people who grew up atheist but as an adult abandoned atheism for Christianity. C.S. Lewis is one example. In countries like Afghanistan today, people are converting to Christianity though they were taught Islam and the punishment of apostasy is death. Ravi Zacharias was born in India, but he isn't arguing for Hinduism.

The claim that religion succeeds because of mental laziness is itself as lazy claim. It's also one that turns on itself; I could use the same concept to argue that the increase in non-belief isn't because of thoughtful reflection, but it is simply a reaction to what atheistic teachers are telling young people in colleges. In order to determine the truth about God, we mustn't look to polls. We need to investigate the truth claims each offers.