If You're Skeptical of Miracles, Then Why Not Morality 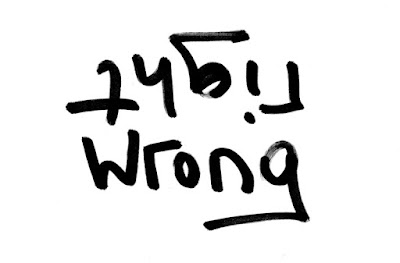 I don't find Hume's arguments at all convincing. Still, many atheists hold Hume in the highest esteem when it comes to matters of reason and conviction. They believe Hume's skepticism is the model to be followed as a foundation for rationalism. However, there is one area where Hume's reasoning leads to uncomfortable conclusions, that is in the area of morality.

Christians argue for the necessity of God's existence given the fact that objective moral values and duties really exist. If there is no God to ground them, no binding moral values and duties exist. Hume came to a similar conclusion. Book III of his Treatise of Human Nature focuses on the question of morality and Hume begins by dismissing the concept of morality as being derived by reason at all. He writes:


It has been observed, that nothing is ever present to the mind but its perceptions; and that all the actions of seeing, hearing, judging, loving, hating, and thinking, fall under this denomination. The mind can never exert itself in any action, which we may not comprehend under the term of perception; and consequently that term is no less applicable to those judgments, by which we distinguish moral good and evil, than to every other operation of the mind. To approve of one character, to condemn another, are only so many different perceptions.1

Hume explains that reasoning shouldn't be colored by a man's passions. Whether or not a proposition is true is irrelevant to the feelings one has about that statement. You may be passionate about your hockey team winning the game, but your feelings don't affect the score in any way. As Mark Linville put it, Hume "maintained that belief in objective moral properties is, at best, unwar­ranted, and talk of them is, in fact, meaningless."2 Here's Hume discussing how even murder cannot be considered objectively wrong:


Take any action allowed to be vicious: Wilful murder, for instance. Examine it in all lights, and see if you can find that matter of fact, or real existence, which you call vice. In which-ever way you take it, you find only certain passions, motives, volitions and thoughts. There is no other matter of fact in the case. The vice entirely escapes you, as long as you consider the object. You never can find it, till you turn your reflection into your own breast, and find a sentiment of disapprobation, which arises in you, towards this action. Here is a matter of fact; but it is the object of feeling, not of reason. It lies in yourself, not in the object. So that when you pronounce any action or character to be vicious, you mean nothing, but that from the constitution of your nature you have a feeling or sentiment of blame from the contemplation of it. Vice and virtue, therefore, may be compared to sounds, colours, heat and cold, which, according to modern philosophy, are not qualities in objects, but perceptions in the mind.3

So Hume holds that there really isn't any objective morality; moral laws are simply our feelings projected outwards trying to get people to not do things we feel are disgusting. It's all about what we personally like or don't like. Reason has nothing to do with the matter.

As Linville notes, modern Darwinists, such as Edward O. Wilson and Michael Ruse agree with Hume, holding that objective morality is a "useful fiction" that evolution used in order to increase survivability.4 If it is a fiction, a falsehood, then it isn't reasonable to believe morality at all.