How Christianity Lifts Cultures Out of Poverty 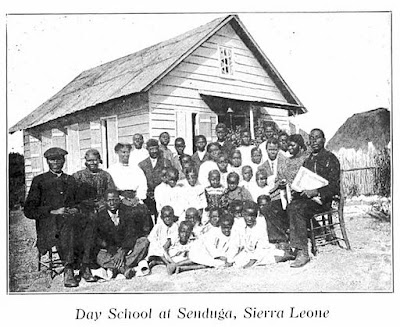 Sometimes it's good to get an outside perspective on history. Vishal Mangalwadi was raised a Hindu in his native India, but he couldn't find spiritual and intellectual satisfaction until he discovered the teachings of the Bible. In his book The Book That Made Your World: How the Bible Created the Soul of Western Civilization he does a masterful job demonstrating how the Christian worldview is singularly responsible for the elevation of humanity.

One example is how Mangalwadi looks at the concept of colonization, something with which Indians are very familiar and passionate about. He writes:


Some people think that chance happenings of history, such as guns, germs, and steel, were the keys to the West's ability to colonize the world. Their materialistic perspective overlooks the fact that Catholic nations like Portugal, Spain, and France were the leading naval powers during the sixteenth century. What enabled much smaller Protestant nations such as England and Holland to beat their Catholic rivals?

Cedric B. Cowing, professor emeritus of history in Hawaii, studied the impact of the eighteenth-century biblical "Revival" in England and the "Great Awakening" or "New Light" in America. He concluded that the primary factor that propelled the English-speaking nations ahead of their Catholic rivals was the peculiar relationship between biblical spirituality and intellectual awakening.

The fact that God had communicated his Word motivated people to learn reading and writing. The Bible was already a library—a collection of sixty-six books. On top of that, John Wesley urged his converts to study fifty selected titles. In America the awakening had begun under Jonathan Edwards, America's first philosopher. The attempt to master his books, the recommended books, and the Bible motivated believers to develop a number of learning skills. Cowing said that as a result of these spiritual revivals,


in Britain, many of the converts of Whitefield and Wesley were motivated to learn to read [the Bible] and write, but in the northern colonies [e.g., North America] where people were already literate—except the Indians and Negroes—the energies and discipline released by the New Light were the inspiration needed to master abstract religious material. In comprehending theological as well as devotional printed matter, the emotions [stirred up by Revivalists] aided the development of cognitive skills. The novices in focusing on the stages of conversion were studying a process analogous to the still mysterious secular sequence of gathering data, altering hypotheses, and somehow relying upon intuition to synthesize the conclusions. This type of thinking would have a more general utility later. The Great Awakening induced a grass roots intellectualism that ultimately spread in every direction, from belief in God's sovereignty all the way to agnosticism.

These spiritual revivals led to the mass awakening of reason. People were seeking and receiving the promised "Spirit of wisdom and understanding, the Spirit of counsel and might, the Spirit of knowledge and the fear of the Lord"—which is "the beginning of knowledge." By producing an unprecedented hunger for the knowledge of truth, biblical revivals lifted Protestant countries out of the poverty that was chronic worldwide.1

Mangalwadi's conclusions were confirmed by the painstakingly thorough research of sociologist Robert Woodberry. Woodberry's findings were published in the American Political Science Review journal where he reports:


In particular, conversionary Protestants (CPs) were a crucial catalyst initiating the development and spread of religious liberty, mass education, mass printing, newspapers, voluntary organizations, most major colonial reforms, and the codification of legal protections for nonwhites in the nineteenth and early twentieth centuries. These innovations fostered conditions that made stable representative democracy more likely—regardless of whether many people converted to Protestantism. Moreover, religious beliefs motivated most of these transformations. In this blunt form, without evidence or nuance, these claims may sound overstated and offensive. Yet the historical and statistical evidence of CPs' influence is strong, and the cost of ignoring CPs in our models is demonstrably high2 (emphasis added).

Here is yet another example of how the Christian worldview measures up to others. Christianity offers real-world benefits here and now to people. It elevates living conditions even for those who don't convert because it upholds reason as profitable and human knowledge as an intrinsic good. In the marketplace of ideas, Christianity has proven itself to be reliable.