What Friends' Phoebe Can Teach Us About the Empty Tomb 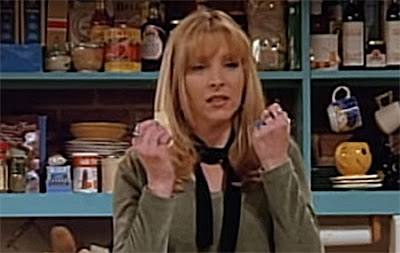 However, there is really good evidence for the resurrection of Jesus. As William Lane Craig has noted for years, New Testament scholars across the spectrum agree that Jesus of Nazareth died by crucifixion, was buried in a tomb and that tomb was later found empty. That means New Testament scholars who are liberal and even those do not themselves identify as Christian themselves will agree that these points are valid history.

Of course the percentage of scholars accepting of each of these points differs a bit. While Jesus's death by crucifixion is nearly unanimous, the number holding to the empty tomb are about 75%.1 This is partially because a reference to the empty tomb doesn't appear in the creedal tradition of 1 Corinthians 15:3-8. 1 Corinthians is the earliest of the New Testament books, being written sometime around spring of AD 54.2 But in the 1 Corinthians 15 passage, Paul uses language that denotes it is a creed, saying "For I delivered to you as of first importance what I also received..." As Paul was converted sometime between 1-5 years after Jesus's crucifixion, and he received this creed early in his instruction, we can know the creed had been in use within a few years after Jesus's death.3

Given all this, scholars place great weight on the creedal passage as being very early and yet the creedal passage doesn't talk about the empty tomb. It mentions the burial of Jesus but not the women finding the tomb empty on Sunday morning. That has led to some skeptics to doubt the empty tomb story entirely. Here's the thing, though. The story of Jesus's death, burial in a tomb and the later discovery of that tomb being empty is a single narrative. It is one story where the goal of telling about Jesus's death is to establish his resurrection.

Stories are a continuum; if the empty tomb isn't part of the story, the whole meaning of the story changes. It reminds me of a popular episode of Friends, entitled "The One Where Old Yeller Died." You can watch a YouTube clip here, but basically in the episode Phoebe comes upon her friends watching the Disney movie Old Yeller and she can't understand why they're crying. She believes it's a happy movie, where Old Yeller saves the family from a rabid wolf and all live safely forever. She believes this because her mother would shut off the television before the film's end, where it's revealed that in the act of saving the family, Old Yeller sacrificed himself and contracted rabies. Yeller's owner Travis is forced to shoot the now mad dog.

The point of Old Yeller turns on its sad ending. As film critic Scott Wienberg notes, "by upping the ante and allowing this beloved beast to meet an unpleasant demise, the message is softly-delivered but crystal clear. Death, like love, is an integral and inescapable part of life, so the earlier you learn to accept and embrace both, the quicker you'll be able to appreciate one and deal with the other."4 That message is never communicated to Phoebe who believes its only about "family fun!" The story relies on the ending to make its point. Without the ending, it simply isn't the classic film it has come to be.

Similarly, the empty tomb of Jesus is just as critical to the point the early church was trying to tell. While the creedal passage of 1 Corinthians doesn't specifically mention the empty tomb, it is certainly inferred as the passage contains both Jesus being buried and the resurrection account along with the testimony of Jesus being seen alive by many witnesses. Add to this that all four gospels, including the early Gospel of Mark leverage the empty tomb as part of their narrative and its validity as part of history is not a stretch, especially when the tomb is first discovered empty by women, whose testimony was discounted in that culture.

The empty tomb is part of a larger narrative of Jesus dying, being buried, and being seen alive after his resurrection. To eliminate the empty tomb from the story is akin to jumping up and stopping a movie because you are uncomfortable with the next scene. But that doesn't mean the story isn't reliable. It means that you want to close your eyes to the implications.