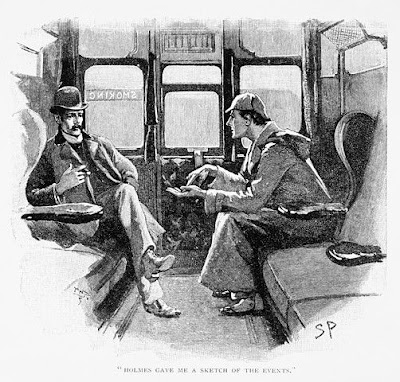 I recently received a comment on my post on how the origin of life creates a significant problem for the naturalist. I was charged with making a "God of the gaps" argument. While a reading of the actual article displays no such breech in logic, it did begin an exchange with my critic that proves all too familiar: any logical argument that ends by inferring a supernatural actor as the best explanation of the facts at hand is easily dismissed as "God of the gaps" while any assumption that "science will one day figure it out" is supposedly rational.

This is an old canard that I've dealt with before (here and here), but I tried to take a different tact in this engagement. I wanted to place the burden on my objector, so I asked "Can you tell me the distinction between a valid inference for God and what you would classify as a God of the Gaps argument?" His reply is telling:


I'm not sure there is one. Abduction seems to be little more than a guess until a better explanation comes along. Science may well provide an answer to the origin of life in the future. (Which is something we may conclude through induction, a much stronger epistemology than abduction.)

There's so much wrong with this statement that it's hard to know where to being. First, let's unpack some terms. There are two ways we can draw conclusions based on reasoning, known as deductive reasoning and inferential reasoning. In deductive reasoning, the conclusion is inescapable from the facts presented. The oft-used example is given the facts that all men are mortal and Socrates is a man, one is forced to conclude that Socrates is mortal.

While Sherlock Holmes is well known for what's Doyle's books called "the science of deuction," he actually didn't deduce things. He used inferential reasoning. An inferential argument takes what is generally understood to be the case and applies it to the greater whole. For example, people have observed that like electrical charges repel each other and opposite charges attract. Thus, when English physicist Joseph John Thomson saw that cathode rays would bend certain ways based on whether a positive or negative magnet was placed near it, he inferred that the cathode ray was made up of negatively charged particles. The electron was discovered.1

The argument that Thompson used is known as abduction, which simply means reasoning to the best explanation. We take the facts that we know and try to get at the truth. Usually, that means applying a rule we already understand, such as the laws of magnetism, and seeing if it does a good job of explaining the specific circumstance we see. Your doctor does this all the time, such as when he prescribes penicillin for your bacterial infection. Prescribing penicillin isn't "little more than a guess" but is based on what is most likely, though not necessarily the case.

Because deductive arguments are few and far between in the real world, most of science is built on inference to the best explanation. Ironically, my critic got induction and abduction kind of backwards; induction in this sense is actually the weaker of the two. The Stanford Encyclopedia of Philosophy clarifies the difference:


You may have observed many gray elephants and no non-gray ones, and infer from this that all elephants are gray, because that would provide the best explanation for why you have observed so many gray elephants and no non-gray ones. This would be an instance of an abductive inference. It suggests that the best way to distinguish between induction and abduction is this: both are ampliative, meaning that the conclusion goes beyond what is (logically) contained in the premises (which is why they are non-necessary inferences), but in abduction there is an implicit or explicit appeal to explanatory considerations, whereas in induction there is not; in induction, there is only an appeal to observed frequencies or statistics. 2

Closed to the Best Explanations

I explain all this to make sure you understand that the arguments like the one inferring God from the origin of life are not merely guesses or "God of the gaps" claims. They are just like those abduction arguments that are the cornerstone of scientific and medical research. Human beings have observed life throughout our history. Never once in all of that time observing life have we ever seen life come from non-life. In fact, Louis Pasteur's science shows life doesn't spontaneously arise from non-living material. Therefore, it is reasonable to conclude that all life comes from other living beings and therefore the first life came from a living being. That's abduction.

Notice that when asked for a distinction as to what would make a valid inference for God's existence, my critic replied "I'm not sure there is one." That answer is as telling as the rest of the conversation. He has rejected any argument that leads to the conclusion that God exists at the outset. That's his prerogative, but doing so is anti-logic, anti-science, and inconsistent.