Do the Ends Justify the Means in Fetal Tissue Donations? 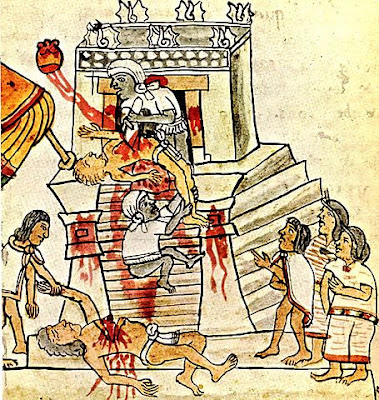 The Center for Medical Progress has released seven undercover videos showing how Planned Parenthood staff will use the remains of aborted babies to procure fetal tissue, which it then sells to medical research firms, tissue middlemen like StemExpress, or to the abortion doctors themselves who sometimes do their own research.1

Many who seek to defend the practice have tried to argue that providing fetal tissue is a good thing. For example, Planned Parenthood spokesman Eric Ferraro stated, "Women and families who make the decision to donate fetal tissue for lifesaving scientific research should be honored, not attacked and demeaned." 2 Blogger Hank Green responded to a question about the practice similarly, stating:

I understand being morally confounded by the question of whether abortion is moral or should be legal, but I don't understand why legally providing inanimate tissue for life-saving research is a more inflammatory issue than the abortion itself.

Planned Parenthood does not "sell" the tissue, which is illegal, though they do ask the research facilities using the material to cover the costs of transport.3

Is it morally wrong for Planned Parenthood to sell or otherwise help labs acquire fetal tissue for research purposes? Have such techniques been going on for decades? I think a bit of clarity about the situation is in order, and it begins with how the tissue samples were obtained.

There is no law prohibiting an inmate from being an organ donor. In 2007, South Carolina State Sen. Ralph Anderson proposed two bills that would reduce inmates' sentences if they agreed to donate bone marrow or organs like kidneys, however such bills have been criticized by the American Medical Association.4 Yale University Transplant surgeon Amy L. Friedman called the move "extremely inappropriate" noting the ability for free and informed consent without coercion "is totally absent in the prisoner's circumstance."5 Organ donations are a vital part of the ability to save lives, but bargaining for body parts with those who want to escape the confines of prison smacks more of usury than informed consent.

Transplant doctors have even shunned receiving organs from prisoners scheduled for execution. In his paper for the American Journal of Bioethics entitled "The Use of Prisoners as Sources of Organs–An Ethically Dubious Practice", Dr. Arthur Caplan notes the practice first wouldn't yield many usable organs because of the nature of the execution process. However, he notes if the goal is to harvest organs, the method of execution could be changed "in order to increase the chance of a successful procurement." He explains:


Prisoners might be anesthetized and have their organs removed by a medical team before they are dead. I have dubbed the notion of execution by means of the removal of the heart or other vital organs the "Mayan protocol" after the Mayan practice of human sacrifice by removing a beating heart during certain religious rituals (Wood 2008). It is, however, morally repugnant to involve physicians as executioners or to shift the setting of punishment from prison to hospital. Involvement in causing death in any way is a direct violation of the "dead donor" rule, which has long been maintained as a bright line between death and donation in order to insure public trust and support for cadaver donation (DeVita and Caplan 2007). This principle would even restrict efforts to maximize the likelihood of procurement by the use of drugs and cold perfusion as steps prior to execution (emphasis added).6

There is a similar dynamic at work in Planned Parenthood clinics. While the agency claims abortions account for only 3% of their services, this is a myth of statistics created by breaking up an abortion visit into its various parts and charging each step separately. The New York Post's Rich Lowery demonstrated how this fiction is perpetrated.7 The Planned Parenthood website itself states an abortion procedure could run "up to $1500 in the first trimester."8 Even at $400 each, the 327,659 abortions performed during their last fiscal year gives a total of over $ 131 Million in service fees.9 Add to that the additional money generated by the specimens from even half of those abortions and one can see the incentives are there for Planned Parenthood to push abortions and fetal tissue donations at all costs. This is not a coercive-free environment!

While one may shudder at the idea of bargaining days of freedom for organs from prisoners, what Planned Parenthood has done is worse. It is trading not on the patients' own lives, but the lives of their innocent children. And in this article, I've given Planned Parenthood the benefit of the doubt, assuming for the sake of this article that their actions are legal! Tomorrow I will demonstrate why they aren't. Green inquires, "I don't understand why legally providing inanimate tissue for life-saving research is a more inflammatory issue than the abortion itself." I don't know that it is, but the supposed donation help coerce women into having abortions and helps justify ending the lives of helpless babies. That should be not merely inflammatory, but opposed at every turn.