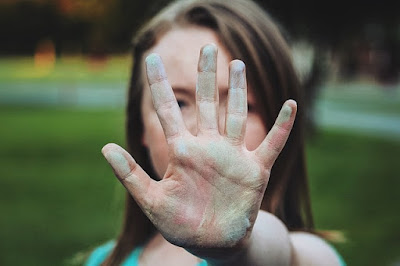 Earlier this year, a bill that would make certain instances of assisted suicide legal in the state of California was passed by the state Senate and is now trying to slip through the assembly via a special session, according to Los Angeles Times reporter George Skelton.1 Modeled after a similar law that has been active in Oregon, the California bill would allow patients who supposedly have less than six months to live to end their lives by taking lethal drugs prescribed by a physician.

These kinds of laws are problematic for a number of reasons, which I will go into in a later article. However, Skelton made one comment in his opinion piece as he tried to sell the legislation that caught my eye. He wrote, "To protect hospitals and physicians from acting against their beliefs, none would be required to participate."2When I reviewed the actual legislation, it did indeed contain a clause for conscience. SB-128, Sect 443.14 (e)(1) reads:

Isn't that interesting? A physician, a hospital, or any other appropriately licensed individual or organization may refuse the wishes of the patient "for reasons of conscience, morality, or ethics.” This runs contrary to what normally happens when patients walk into care facility and are suffering. Doctors are supposed to alleviate suffering. Emergency rooms are required by law to take in and examine all patients who complain of significant pain, whether they can pay or not. It would seem the responsibility of hospitals would be the same in this instance as the patient is still suffering, but it's due in this instance to a terminal illness.

Don't get me wrong. I'm no supporter of this legislation, and I'm glad that doctors will have the opportunity to opt out if it violates their beliefs. But here's the thing; a suffering person is a far more urgent situation than say a wedding and a physician carries a far greater responsibility to the public good than a cake baker or photographer does. It is a more urgent situation than having one's employer pay for whatever kind of birth control will help you fulfill your carnal desires. Why then would democratic legislatures in the state of California include such an extremely wide and open conscience clause in this piece of legislation when we are told over and over that belief isn't something that should affect one's profession? Why aren't the pro-assisted suicide groups rallying to throw out this exception, complaining that it's inherently discriminatory, that one's beliefs shouldn't impose on the suffering patient, or that any person who chose to go into health care should have known that they may need to provide life-ending drugs?

One can quickly see the disconnect in the two positions. If belief, moral conviction, or ethical understanding is enough reason for any doctor or an entire institution like a hospital to refuse to alleviate the suffering of a patient, then it is clearly more than enough reason to refuse to bake a wedding cake or take pictures at someone's wedding. Skelton trumpets the exemption in the bill as a good thing. Would he be willing to support such legislation if that clause stood alone, such as a Religious Freedom bill? Or is this clause to get the camel's nose under the tent until a judge decides to wipe out the exception through judicial fiat? I can only surmise, but one thing is clear. It is wholly inconsistent to uphold an exemption for belief when suffering is involved but to say one's convictions don't count in lesser circumstances.