Not Watching the PP Videos Doesn't Make You Honest, It Makes You Derelict 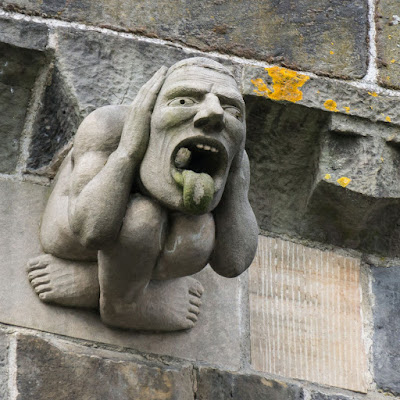 Yesterday, Democrats in the United States Senate blocked a bill to defund Planned Parenthood. The bill came about due to increasing public outrage spurred by a series of undercover videos released by the Center for Medical Progress showing how Planned Parenthood executives at the national and affiliate level change their procedures in abortions to extract unborn babies and then divide them up to sell off the organs. Any civilized person shudders at the videos and recognizes the macabre moral gyrations one must make to not simply profit off the body parts of the most defenseless of human beings, but to enjoy a nice lunch while discussing the details.

Yet, the White House sought to defeat the bill, Senate Democrats stood in near unison opposition, and the major media outlets hailed the bill's defeat as being "good." Tellingly, both the White House and several senators who were interviewed claimed to not have actually seen the videos in question. The Weekly Standard reports that several of the Senators who offered a No vote never actually watched the videos. White House press secretary Josh Earnest stated on CNN that that he hadn't looked at them and is instead "relying on news reports of ‘people' who have seen them." Why would this be?

There are two words that explain the reticence on behalf of both the White House and the Democratic Senators to actually watch the videos in question: plausible deniability. Just as Earnest belies his name while dancing around the CNN interviewer's questions, every Senator that claims to not have seen the videos can avoid some hard questions about the details in them. To be clear, I'm not saying the Senators are lying. It's very possible they truly haven't seen the videos—by their own design. However, that doesn't mean they haven't had staffers view them and give them a briefing on each so they know how damning they can be. Therefore, they are avoiding these videos at all costs. To watch them is to be held accountable for them.

Meanwhile, major media organizations like the New York Times and the Los Angeles Times have been conspicuous by their silence on each of the videos, but they don't seem bothered to regurgitate the PR of Planned Parenthood in the few editorials they've published. In fact, Sean Davis demonstrates how several media outlets are simply taking their marching orders straight from Planned Parenthood's PR firm SKDKnockerbocker. It is the latest proof demonstrating that the truth is not valued today; only the proper storyline that conforms to a specific agenda.

As an apologist, I spend a lot of time looking up the original sources before I answer an argument or statement. One must read the context in which a quote is given to understand the person's larger point. This is simple intellectual honesty, and I've warned Christians as much as secularists not to build straw men. Therefore, as a service to anyone who wants to speak intelligently about this issue, I've compiled the relevant links to the different sources below: