Attention Media: What an Evangelical Is Not 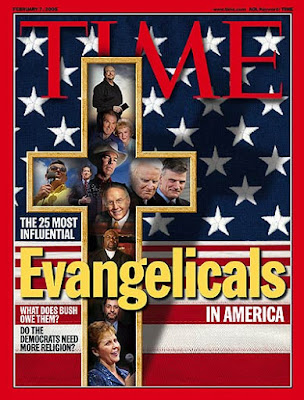 Although as I write this the vote is over a year away, we have come into the election cycle once again in the United States. Pundits will be discussing and over-analyzing the various groups and constituencies they believe are key to the race for the presidency. Certainly the terms "Evangelicals," "Fundamentalists," and "Religious Right" will be bandied about quite a bit in debates and opinion pieces, but many in the press are sloppy in their distinctions. In this excerpt from a piece on his Web site, J.P. Moreland offers some points that would define what a Christian evangelical is and isn’t.  He writes:


Frequently, Evangelicals are identified with Fundamentalists and the Religious Right. This identification is false and harmful to the spirit of civil public discourse. Since I am an Evangelical, it may be helpful for me to explain what the term means. Two preliminary points are important. First, Evangelicals, just like anyone of commonsense, reserve the right to define who they are and what they stand for and we Evangelicals resent the media’s superficial and misleading characterization of us. Second, Evangelicalism is not primarily a social, political, or cultural movement. At its core, it is to be defined theologically.

...As Roger Olson has noted, an Evangelical is one who satisfies five characteristics: (1) biblicism (adherence to the supreme authority of the Bible regarding everything it teaches when properly interpreted); (2) conversionism (belief in the essential importance of radical conversion to Jesus Christ as Lord and Savior); (3) the centrality of the cross of Jesus and the forgiveness it provides in attempts to grow in character and spirituality; (4) persuasive, respectful evangelism and social action on behalf of the poor, oppressed, and powerless, including the unborn; (5) a respect for but not slavish dependence on the history of Christian tradition and doctrine.1

Moreland goes on to quickly contrast why Evangelicals are different from Fundamentalists and why they cannot be considered the Religious Right. You can read the short article here and be ready to explain the differences before the onslaught of media misrepresentation begins.