Must You Be an Expert to Criticize Evolution? 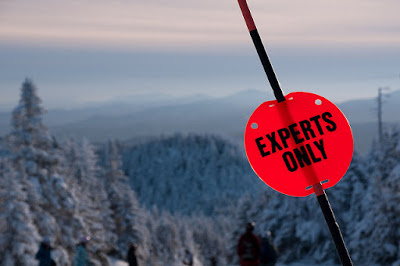 Who's allowed to comment on a topic like evolution? Are only those who are professionals in the field capable of drawing conclusions given the neo-Darwinian framework that drives modern evolutionary theory? That was basically the question poised to me after I received some feedback via Twitter on my article "Is the Origin of Life Part of the Evolution Discussion?" The article makes the case that the problem of how life begins cannot be separated from the evolution question and those who offer Blind Watchmaker-type solutions need to account for this issue in their theories.

Instead of responding to the arguments raised in that piece and its companion, I received several tweets by atheists who criticized the article on wholly unrelated grounds. One was from godFreeWorld who tweeted:

@comereason a) You're not a biologist. b) 'God' is not an explanation - no matter how much you try to muddy the waters of science.
— god Free World (@GodFreeWorld) August 12, 2015

This kind of reply staggers me. It reminds me of people like pro-abortion Wendy Davis saying men cannot comment on abortion because they can't get pregnant and it's equally as much nonsense. I answered his tweet with one of my own stating that not being a biologist is completely irrelevant and it's an inherently biased position to dismiss God as an explanation a priori. He responded by stating:

@comereason a) It is certainly not irrelevant that you are publicly attacking a scientific field you have no experience in.
— god Free World (@GodFreeWorld) August 12, 2015

So, godFreeWord claims that I must be a biologist to comment on evolution. Does this make sense? Of course not, and for several reasons. First, there are many very good biologists who dismiss the Blind Watchmaker hypothesis as untenable. Michael Behe and Fazale Rana are just two of those, but it's obvious that this person rejects these biologists' conclusions. More importantly, though, to hold a criterion of expertise as the bar one must meet before commenting on any facet of an issue is ridiculous.

Even if his claim is that one must be an expert in a particular scientific field to comment on that field is demonstrably false. Unless the question at hand is one of a technical nature, well-informed people who are rational can draw rational conclusions without being experts. For example, I don't have to be an expert in biology to know that in the entire history of human existence we don't have a single observable instance of life coming from non-life. Thus the claim that such has happened before demands some kind of evidence. I don't have to be a biologist to know that consciousness has never been observed to spontaneously appear from non-conscious material. Because I know these events have no observable evidence behind them, it is well within my purview as a rational being to ask for a model of just how these things came to be. Without them, one leaves a gaping hole—a science of the gaps if you will—in one's theory.


The Demand for Expertise is Illogical

But there's a bigger problem with his objection. The demand for expertise as a criteria for commenting on evolution undercuts its own standards. On his Twitter profile, godFreeWorld claims to be a professor of biology. I will take him at his word. Perhaps that's why he feels that he can demand anyone speaking about evolution be so credentialed. Given that, I simply asked him:

@GodFreeWorld Are you a philosopher?
— Lenny Esposito (@comereason) August 12, 2015


You see, when godFreeWorld to objects to my argument, he is criticizing my philosophy on the subject. But according to his own standards, only experts are allowed to do that. As a biologist, he would be attacking a field he "has no experience in" to use his own words. The critique is self-defeating.Therefore, it cannot be taken seriously and be ignored.