To Better Share Your Faith, Maybe You Should Just Shut Up

I've recently been discussing how Christians can us reason and logical argument to help their witnessing efforts. (You can read the previous articles, here, here, and here.) I believe in studying hard and understanding the issues. I believe in learning and providing good answers when others pose objections to Christian positions. I definitely believe in engaging others and always being ready to provide an answer to anyone who asks about the hope that is within you. 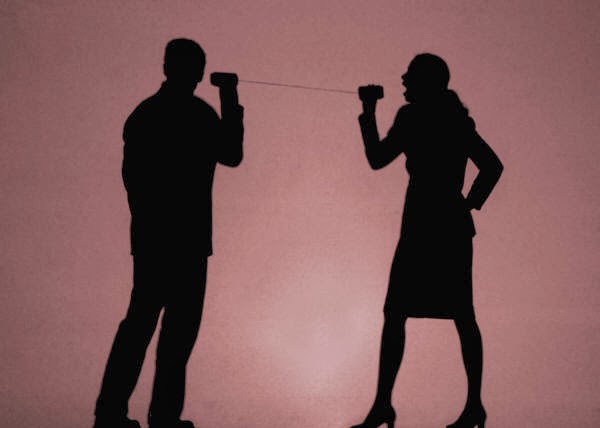 However, I've also seen conversations where spewing all those answers and all that knowledge at another person had the opposite effect: it drove people away from the faith. It isn't because the answers weren't sound; it's simply because the Christian wasn't really listening to the other person. Sometimes it's better to ask a question and then shut up for a while and listen to what the other person has to say.


Ask for Their 'Testimony'

Listening and seeking to understand the other person's feelings is a hard skill to learn. Many people have told me that they have been frustrated when talking about religious ideas because they felt that their questions were being ignored or not taken seriously. Even Christians who pride themselves on their ability to defend the faith can fall into this trap.  In our conversations, we can get so caught up in planning our next response that we aren't even hearing what the other person is saying right now!

If we are going to be effective in sharing your faith, we as Christians need to slow down and really listen to what the other person is telling us. We need to hear not only their objection to a specific point, but to how they understand Christianity and belief as a whole. A good way to do this is to simply ask them for their testimony.

Let me give an example. I once invited a lady from the Jehovah's Witnesses who was going door to door inside to talk a bit. I asked her about her belief in who Jesus was and what the Watchtower said about him. She gave all the standard answers. We began discussing how about how Jesus could not be a created being and it looked like it was going to be a standard “You say , I say” type conversation.

However, I then asked, "Can you tell me what attracted you to the Jehovah's Witnesses?" She replied that she originally wasn't that religious. She had a brother who was mentally impaired. She loved her brother dearly, even though he used to do certain things—things which she deemed unspeakable and unforgivable. Because of his condition, her brother died at a relatively young age. She knew there was no way he was going to heaven, given his actions, but she couldn't bear the thought of him being in hell. So, she said she started on a religious journey and "searched out different faiths until I found the Jehovah's Witnesses."

Now, we had been talking about the nature of Christ, but do you think arguing Hebrews 1:6 or Granville Sharp's rule will be effective in such a situation? I immediately switched to the orthodox ideas of grace, forgiveness, and God's mercy as well as His judgment.

I think that listening is a key element that is many times missing from our apologetic today. You don't see many apologetics books written about how to listen well.  But asking some good questions like “How did you come to your beliefs/non-belief?” or “What is the most attractive thing for you about holding that position?” can give you great insight into the person with whom you're conversing and help you have a much more fruitful exchange. It also shows that you actually care about that person and what he or she thinks; you aren't just looking to put another notch on your Bible.

We need to remember that each encounter we have is with a person who is an individual with different motivations, background and feelings than our own. We should treat them as such and try to understand each individual before jumping too quickly into an answer. By listening, we will become more effective in defending our faith.