Last week, the Supreme Court in Canada unanimously  struck down many of that nation's laws against prostitution. The ruling wasn't because the laws ran afoul of legal precedents, but was because the court held that by making prostitution clandestine, the laws are "imposing dangerous conditions" (emphasis original) to prostitutes to be vulnerable to violence and therefore violates the basic values that Canada holds. 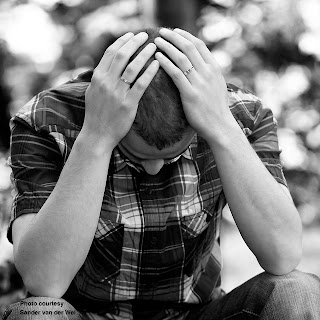 This kind of reasoning is, of course, insanity. Prostitution is illegal because it causes harm to people and communities. For example, it's widely known that men who visit prostitutes catch sexually transmitted diseases like gonorrhea, herpes, or AIDS. They will then go home and sleep with their wives, infecting them. Young girls who are displaced are more at risk for becoming entrapped in prostitution as a legally available service creates a need for more and more sex workers. Making prostitution legal doesn't rid girls of danger; it will more likely make it worse.

However, prostitution isn't the only area where such reasoning exists, even in the church. Homosexuality is another area where confusion has prevailed. On the same day the Canadian court delivered its ruling, Youth Pastor Tyler Smither wrote a blog piece entitled What You Believe About Homosexuality Doesn't Matter. After noting that there is strong theological debate on the issue, Smither notes that 30% of kids who identify as homosexual commit suicide. He then writes, "It does not matter if you think homosexuality is a sin, or if you think it is simply another expression of human love. It doesn't matter. Why doesn't it matter? Because people are dying. Kids are literally killing themselves because they are so tired of being rejected and dehumanized that they feel their only option left is to end their life." Smither then concludes that we should keep our opinions about the rightness or wrongness of homosexuality to ourselves, as it's the morally responsible thing to do. This kind of thinking is well-meaning but just as mistaken as Canada's court decision.

First, it isn't at all clear that "telling a gay kid that you love him and you don't want him to die" will solve this problem. In fact, it may not curb the problem at all. The U.S. Centers for Disease Control has published data showing that men who have sex with men have higher rates of substance abuse, engage in high risk sexual practices, and up to 44% experience domestic violence from within their same-sex relationship. So, it doesn't follow that suicide rates are higher than normal simply because others are criticizing their behavior.

The rise in suicide isn't confined to only young homosexuals either. The U.S. National Library on Medicine published a report detailing the high rates of suicide among alcoholics. High school dropouts are also at a higher risk. Tellingly, transsexuals have the same suicide rate as the homosexual kids Smither worries about even after they have completed their surgeries and their transition! It's obvious that the proposed cure isn't working there.

I agree that the loss of life we see for young homosexual kids is abhorrent. I agree with Smither that we should do everything we can to save as many kids as possible. But accepting the person is not the same thing as giving homosexual behavior a free pass, any more than saving young girls caught up in the sex industry means abolishing prostitution laws.  We must try to understand and be compassionate, but not excuse their proclivity to same-sex encounters. Otherwise we will be widening a door that destroys one out of three human beings, which isn't at all a moral thing to do.
Posted by Lenny Esposito at 12:13 PM
Labels: culture, homosexuality, morality, witnessing, worldview, youth