In my debate against Richard Carrier, one of the facts I offered for God s existence is that the universe clearly shows evidence of being finely-tuned for life. Our universe is not simply "fine-tuned" but exquisitely -tuned for advanced life. Examples of fine tuning may be found in the laws of the universe, in the fundamental constants of the universe, and in the initial distribution of mass and energy at the universe's beginning. 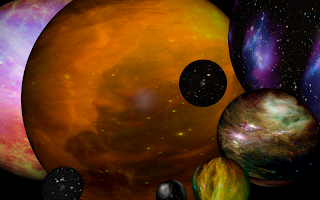 First, the LAWS OF THE UNIVERSE. Two such finely tuned laws are:
Secondly, we see fine tuning in the FUNDAMENTAL CONSTANTS that govern just how much items in the universe are affected by certain laws.Here are just two:
Thirdly, we see that the INITIAL DISTRIBUTION OF MASS AND ENERGY of the Big Bang needed to be just right. The initial conditions of the universe show extremely low entropy. Roger Penrose calculated the chances of this to be 1x1010^(123), a fraction so incredibly small it defies any example. Penrose said, "I cannot even recall seeing anything else in physics whose accuracy is known to approach, even remotely, a figure like one part in 1010^(123)."
Taking all this into account, John Leslie remarks, "Clues heaped upon clues can constitute weighty evidence, despite doubts about each element in the pile."[2]


Does the Multiverse Solve this Problem?

Carrier claims that the multiverse hypothesis solves the problem of an exquisitely fine-tuned universe poised just right for advanced life to develop. He claims by simply having an infinite number of universes being created, there is bound to be one that would have the conditions we see, and naturally we are here because we happen to live in that universe. But I see at least three problems with this assumption:


The Many Worlds Hypothesis is Speculatory

The idea of an infinite number of universes having every conceivable construction of laws is sheer speculation. There simply is no observable data to back this up. In fact, there cannot be any observable data since we would never be able to observe anything outside our own universe. If we can see it, measure it, or in some other way capture data, we know it's in this universe.


The Many-Universe Making Machine Would Then Need to be Designed.

If an infinite number of universes that are all divergent are somehow being generated continually, we've simply pushed the problem back a notch. What is this thing, this mechanism that is a universe-generating machine? How come it functions so well at generating universes that it never stops? How does it get all the right components to make a self-sustaining universe together and spit out a finished product? If it is a mind, then it s still evidence for God. If it is material, then the machine must itself have been created somehow, which means we're back to the same question.


Even with Multiple Universes, Our Universe is Special

EVEN IF multiple universe creation in chaotic/eternal inflation is true, it coupled with our observation that the cosmological constant is non-zero would seem to suggest that our universe would appear to be the first one ever to appear. In their paper "Disturbing Implications of a Cosmological Constant" physicists at MIT and Stanford (Lisa Dyson, Matthew Kleban, Leonard Susskind) show that given the factors necessary for life and the low initial entropy conditions, either there is no real cosmological constant or "an unknown agent intervened in the evolution, and for reasons of its own restarted the universe in the state of low entropy characterizing inflation." [3]