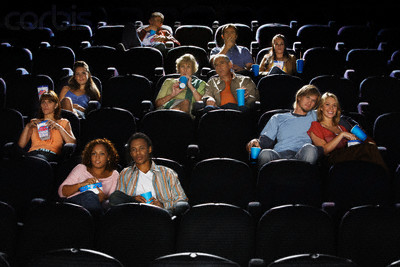 Engaging people with the Gospel is tough, especially in today's post-Christian culture. People hold to a different worldview; they operate using different assumptions and different stating points, making it more difficult to agree about things like the existence of God, objective morality, and what counts as sin. If someone doesn't believe in such a thing as absolute right and wrong, it's pretty hard to convince them they are sinners in need of a savior!

In the abstract, it's easy for moral relativists to deny absolute moral values and duties. When pressed, they will try to justify their position, even to the point of saying rape may be OK. Usually that type of reaction isn't honest, though. Because the discussion is happening in the abstract, the relativist is simply trying to save face and apply his or her pre-stated ethic consistently. Still, once the conversation has descended to that level, it's hard to get the other party to admit anything.

Most people are not taught to reason from a beliefs to its real-world implications. They separate these two concepts, which is why so many people feel so satisfied in their beliefs even though they may lead to contradictions. They simply don't see the connection and they therefore don't see the contradiction. One of the ways I've found that helps avoid this problem is to leverage popular movies as a common point of reference with those with whom I'm engaging.

Blockbuster motion pictures are one of the primary references that most people have in common. If the filmmakers have done their jobs, the audience will all have a similar experience understanding the story. We want Truman Burbank to discover he's being deceived. We recognize Neo as the hero and Cypher as a bad guy. We see the humans on the ship in WALL-E surrendering their full humanity for mere creature comforts. Film not only tells us a story, but it makes us feel a certain way and it makes us care for the characters. One has to only look at Anakin Skywalker's struggle with the Dark Side of the Force to see how film connects ideas and the ramification of those ideas.


The Apostle Paul Leveraged the Culture of His Day

The idea of drawing on the arts in witnessing is not a new one. In previous generations, books were the common cultural reference point and these could be used to quickly explain more abstruse ideas. The Apostle Paul modeled this kind of evangelism in Acts 17 when he began witnessing to the citizens of Athens. Given their Greek background and their worship of many gods, Paul would have a hard time communicating the Gospel message to them by using the Old Testament. Instead, Paul leveraged the popular poetry of the day to make his point. In Acts 17:28, he quotes two famous poets to show that there is one God to whom we are all accountable. He leads with the phrase "In him we live and move and have our being" which was penned by the 6th century BCE poet Epimenides in his Cretia:


They fashioned a tomb for thee, O holy and high one—
The Cretans, always liars, evil beasts, idle bellies!
But thou art not dead: thou livest and abidest forever,
For in thee we live and move and have our being. 1

In the same verse, Paul draws upon a line from the Phaenomena by Aratus, a poet who was popular at that time to demonstrate that all people owe their existence to God ("For we are indeed his offspring") and therefore should seek to finds out who God really is.

By leveraging the connections that people already have to films and characters, one can more quickly and easily make difficult ideas clearer. Because film is a visual medium, it also makes it more difficult to leave the concepts in the abstract. I offer these ideas a tools for you to try in your witnessing efforts. They don't work in every case, but they may speed up your discussion and give you a new and interesting way to engage with others. For more specific examples on how you can use film in your witnessing, check out my podcast series "Using Hollywood Blockbusters to Share the Gospel."