Overcoming Objections to an Apologetics Ministry

It's no secret that most churches don't offer any kind of apologetics as part of the ministries available to their congregations. There can be many reasons for this, from a perception by either church leadership or the laity that apologetics is too tough, no one is qualified to lead such a ministry, there would be no interest, there isn't enough time, or simply a general lack of knowledge concerning what apologetics really is. Each of these problems can be overcome without a whole lot of difficulty. Let's take each in turn, beginning with the last. 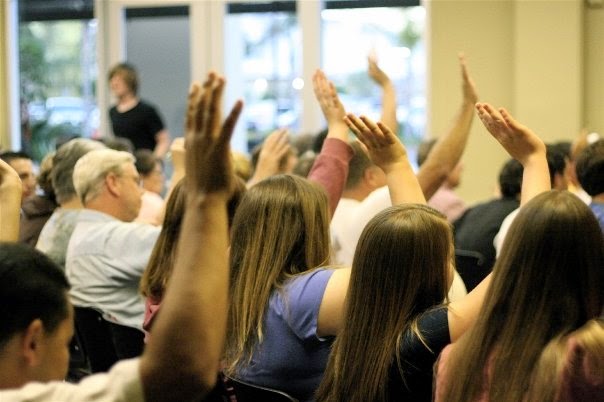 1. No one knows what apologetics is

The word apologetics comes from the command in 1 Peter 3:15 to "always be prepared to make a defense (the Greek word apologia) for the hope that is within you." This is a defense like a trial lawyer would put on for his client, using reason and evidence to prove innocence. You can explain apologetics in more detail, but it is perfectly fine to talk about the need today for Christians to be able to defend their faith with reasons and evidence. After all, Christianity has always been a faith based on the evidence of Jesus's resurrection.

It's becoming more and more evidence that being able to defend one's Christian beliefs in a non-threatening and reasonable fashion is important. So, let's speak about being good and thoughtful defenders.


2. Apologetics is too tough

As I said above, apologetics doesn't have to be considered tough. This goes back to misunderstanding just what apologetics is. Apologetics isn't about formal debates or arcane facts that no one would know. It's about giving good reasons for why you believe what you believe. Some of these can be as simple as looking at a movie like Forrest Gump and comparing it to the resurrection accounts. Or, just teaching people the common-sense idea that you can't get a something (like the universe) from a nothing. As I've written before, you're smarter than you think you are, and everyone can easily grasp the basics of apologetics.


3. There would be no interest in apologetics

As I engage with congregations at various churches, I simply don't see this objection to be true. When I speak at conferences or services, people are truly engaged and many are surprised they have never heard some of the arguments that apologists now use to demonstrate why God exists, or why the New Testament is reliable history. Like I mentioned above, people are being challenged more and more about what they believe and they're being questioned as to why they believe it. At the same time, there are many churches straining to become more relevant to help retain young people.

Helping people find the answers to their questions is not merely relevant, it is attractive. People need help in finding such answers and apologetics is just the place to begin. One can perhaps define apologetics as theology practically applied when engaging in conversations about issues of faith or morality. It isn't interest that keeps people away from apologetics topics, but not knowing that apologetics is beneficial to the Christian in many ways. Learning to defend the faith isn't just for witnessing to others.

In our busy world, time is becoming more and more precious. Many of my friends are pastors, and I know how taxed their time is with the responsibilities of preparing messages, managing budgets, visiting the sick, and all the other tasks laid upon them. However, apologetics doesn't need to be "one more thing," it could be simply a part of everything else. Perhaps one sermon a month can have a focus on apologetic-type content. Or, you can plan a movie night to watch one of William Land Craig's debates. Or, you can find someone within the congregation would be interested in leading a small group focused on apologetics. You can even partner with Ratio Christi to find out if there's an apologetics group in your area college that will integrate with your church. There are many other suggestions you can find to implement such a study.


5. No one at the church (either on staff or laity) would be qualified to lead such a ministry.

The idea that an apologetics ministry must be led by someone who has studied it for years is a common misnomer. A small group that goes through C.S. Lewis' Mere Christianity, J.P. Moreland's Love Your God with All Your Mind, or Lee Strobel's The Case For… books will be well on their way to learning and growing in their defense of the faith. There are also a ton of video resources (I even offer full lectures on my YouTube channel) church groups can share as aids so that the class can be taught by first tier apologists. I've even presented to small groups via Skype or Google Hangouts, giving them all the benefit of a guest speaker without all the costs associated with booking an in person appearance.

What to do next:
If you would like some help getting an apologetics event or ministry started in your church, please contact me here. Come Reason would love to help you take the next step in equipping the saints to defend their faith in an intelligent, loving, and gracious way.