Yesterday, I explained that for ideas like good and evil to make sense, one must hold there are real moral duties and obligations that fall upon human beings. These moral laws must be real, not merely preferences or false beliefs, and they must come from a source outside the created order. But the concept of right and wrong depend on more than the existence of transcendent moral laws. Right and wrong only make sense if human beings are moral agents who are free to choose whether to obey these laws. 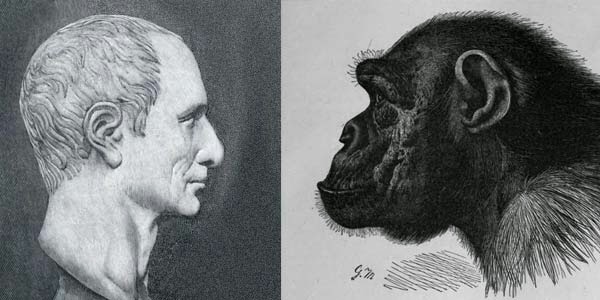 Morality means we are able to make meaningful decisions

It has been pointed out that certain species in the animal kingdom show some very disturbing mating habits. For example, the female praying mantis may eat the head of her mate after copulation.1 Female wasp spiders, too, are known to consume their counterparts.2 Perhaps even more disturbing (for women at least) is the fact that male chimpanzees will kill and eat babies that are not their own.3

Such behavior is shocking, as those who were visiting the Los Angeles County Zoo and witnessed one such attack discovered.4 Yet, we don't classify chimpanzees as evil creatures simply because they act in a way that would be considered barbaric by human standards. Why? According to primatologist Craig Stanford, the male chimps seem to be able to make a distinction between the offspring of male competitors and his own. Stanford explained that the action is "something that primatologists are accustomed to seeing regularly" in the wild and he labeled it "part of their behavior."5 Thus the zoo chimp was not euthanized but continues to live at the Zoo entertaining visitors.

Why weren't the chimp's actions thought of as evil? Why consider this normal behavior, not meriting punishment? It is because chimpanzees are not capable of distinguishing right from wrong; they are creatures of instinct that will do certain things because it is in their nature to do that. They cannot meaningfully choose to oppose what their biology tells them to do. That's why you can housebreak a dog but not a chimpanzee. Chimps will naturally defecate where they sleep; dogs have a lair instinct where they are averse to doing so. Thus, if the dog sees his "lair" as the house, he may be trained to relieve himself outside. Not so with the chimps.

Because human beings are rational creatures, we have free will to choose whether or not to obey our urges, lusts, desires, and appetites. We would immediately label a man who killed the baby of his wife's adulterous lover as evil and a murderer. The urges produced by our biology or by the emotion of the situation don't matter. The man could have chosen to not act in spite of those. Human beings have the capability to choose the good.

However, on a naturalist account of humanity, how does one account for such freedoms? If all we are amounts to chemical processes and electrical impulses, then how do any of our action differ from those of the chimp I described above? If there is no component of man that can transcend our biology, it strikes me that in all of my actions, I'm simply the slave of the chemicals in my brain, acting in accord with my instinctual nature and whatever stimulus I receive from the outside word. Basically, my actions are nothing more than a very elaborate row of dominoes, where one will fall inevitably after another given a certain set of circumstances.


Without freedom, morality makes no sense

If that description of human action is true, it means that there is no real freedom. Freedom is a word we use because we may not be able to predict which way the dominoes will fall. But you and I are no more culpable for our actions than the chimp at the L.A. Zoo. Yet, we assume that people could have done otherwise. We chide them and jail them for not choosing the good.

How does the naturalist account for this capability of choice? For the Christian, we anchor our choices in the soul. We understand that there is an immaterial aspect to man that rises above his biology and gives him the capability to make meaningful moral choices. This is what being created in the image of God means. We are created with a sensitivity to moral obligations and duties. We don't just march to our biology, but we also recognize there is a right and wrong way to act. The ability to rise above our passions and desires and oppose them is what makes us morally culpable when we violate a moral law.

Some people lose their ability to freely choose how to act in certain situations. Think of the person suffering from Tourette's syndrome who may shout out a term of bigotry or the individual suffering from kleptomania. In those instances, we hold them to be ill, not evil, and we want them to seek help. But they even have the freedom to seek that help to attempt to get their uncontrollable tendencies under control. So, moral accountability appears even there.

Just as I said in my last post, when one claims to account for morality without God, there are some significant problems that arise. One is what is the basis of moral obligations themselves? Just because the universe is a certain way doesn't mean we have to abide by it. The second is where does the ability to recognize the existence of those moral laws and the capability to obey them in spite of our biology come from? If we are only material beings, I don't see how this can be done logically.