Another Sign It's the End of the World as We Know It, Christian 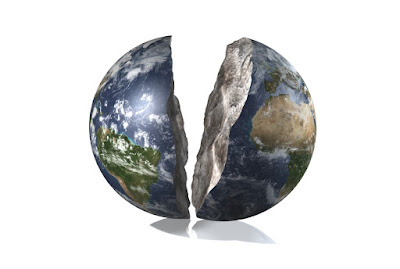 You've just heard the news. That announcement about the thing that you would never imagine would have happened but did. That decision from the judge or the store or the selection of that candidate. The nation is seemingly crumbling before your eyes. How should the church respond?

Yesterday, we dismissed procreation as the nucleus for the institution of marriage. Today, we claim anyone can simply speak his/her/zer sexual identity (or non-identity) into existence. With religious liberty in the sights of activists, who knows how long it will be before people are not simply fined for holding to their religious convictions, but jailed for them. That very well may be our tomorrow.

Christians that I speak with are confused and bewildered. The culture has mutated around them so quickly that they really don't know what to make of things or how to react anymore. I don't pretend to have all the answers. However, I do want to take a moment and point out two observations I see that may serve as guidelines for Christians to take new steps forward.

I tread carefully on this first point, but it is one that is important. It is very easy to claim victimhood today in the West. We live in the freest, most prosperous time of human existence where lifespans are longer, waistbands are wider, and gadgets are smarter than ever before. It may even be because things have become so easy for people, they interpret any resistance to their wants as victimization or persecution. That simply isn't true.

That being said, Christian beliefs are not being accepted as they once were. The Barna Group recently reported the number of people who are skeptical about the Bible is equal to the number of those who engage with it regularly.1 As the huge resistance to RFRA laws demonstrate, matters of conscience and faithfulness to one's God have been dismissed as of secondary importance. The grounding on the equality of all men no longer rests in our bearing the image of God, but rather in human beings being able to make choices.2 Further, Barna reports that “nearly half of non-religious adults perceive Christianity to be extremist,”3 and that category is growing.

All this means Christians should not expect any of their moral values or understanding of the human condition to be shared by the larger public. Nor should anyone think that just because people attend the same church as you they therefore share all your values. Most folks don't think about the messaging they receive from pop culture. They don't take the time to think through key issues. People base truth on their feelings today4, which explains the moral vacuum that exists in the most popular 2016 presidential candidates.


2. Churches need to engage minds as well as feelings

In its first few centuries, one of the things that set Christianity apart from the pagan world was its ideas. Christians thought very differently about quite a lot of things. They held women in much higher esteem, they saw the Roman practice of infanticide as deplorable,5 and they shunned loose sexual mores of their day6. That means pagan converts were converted in their moral understanding as much as their belief in God and salvation. Once they held to new convictions, they would then live by them.

Unfortunately, a lot of Christians today don't hold to Christian convictions. The Barna group reported in 2002 that only 32% of born again adults and 9% of born again teens believed in moral absolutes, a number that has surely dwindled in the last decade and a half.7 This is a failure of discipleship. The Church isn't transforming minds as Romans 12 commands. We've been so steeped in the vernacular of asking Jesus into one's heart that we've forgotten to ask him into our minds as well.8 That's why so many professed Christians can support a candidate who stated he would kill even the family members of those who commit terrorist acts.9  The church needs to return to making fully-formed disciples and that means teaching Christians how to think properly.

Ideas have consequences. The consequences of an overly-individualistic, morally relative, and senate and materialistic culture are showing in the complete collapse of Christian values in our culture. The church doesn't look that different from the secular culture in this regard. But the early church changed their world because they changed people's minds as much as they offered compassion and the love of Jesus. In fact, it was their renewed minds that allowed them to put their beliefs into practice. If the Church doesn't do a better job in discipling minds, I cannot see how it will be able to withstand the resistance it will soon face.