The Danger in Abandoning Moral Principles 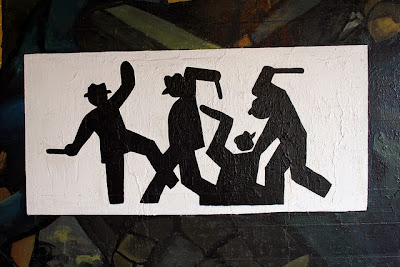 In their drive toward what they perceive as modern freedom, the cultural elites of today have hastened to jettison that smacks even remotely of traditional constraints upon society. While the most extreme form of such abandon is the postmodern believe that all truth is created by the individual, others simply hold that it is moral truths that, like the play-doh of their youth, can be shaped to their liking. Such abandon does not come without cost.

Os Guinness warns of one prevalent danger within the pages of his book Time for Truth. Guinness cautions that when objective truths are denied, we don’t become more civil, but less so. The New Guard that doesn't allow disagreeable views is not more free than the Old Guard; it is more savage, forcing others to kowtow to the people in power. Guinness writes:


What of those people who do not hold to traditional or biblical assumptions of truth but who care about society and their place in it? The response here might appear harder, and even in the view of some, impossible. But in fact there are two powerful arguments for the importance of a high view of truth, even for those who do not believe in it. The first of the two is negative in nature: Without truth we are all vulnerable to manipulation.

The promise of postmodernism at first sight is a brave new world of freedom. "Truth is dead; knowledge is power," the exuberant cheerleaders tell us. We must all therefore debunk the knowledge-claims confronting us and reach for the prize—freedom from the dominations constraining us. What could be simpler and more appealing?

There is only one snag. What happens when we succeed in cutting away truth-claims to expose the web of power games only to find we have less power than the players we face? If truth is dead, right and wrong are neither, and all that remains is the will to power, then the conclusion is simple: Might makes right. Logic is only a power conspiracy. Victory goes to the strong and the weak go to the wall.1

While Guinness has a fully developed postmodernism in view, I think his conclusions follow even for the more limited form of moral relativism. As Christian moral principles become more and more estranged from the popular view, we will see more people in power such as judges, bludgeon them to think correctly on issues such as homosexual marriage or abortion. To abandon our convictions on these is dangerous as we stand to lose far more than the traditional point of view, we may lose the ability to be civil at all.