Why There's No Such Thing as a Lost Gospel 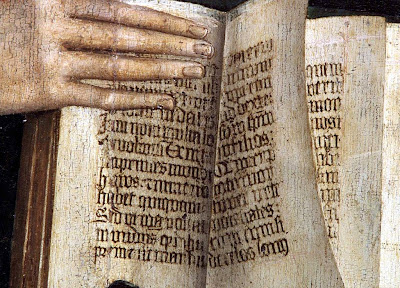 Are there really "lost" Gospel texts that were eliminated from the Bible? The claim has been circulating for many decades now, with specials on television that highlight the Gospel of Judas or books such as Dan Brown's The Da Vinci Code. Yet, simply because someone calls a writing "Gospel" does that mean it should be considered as a candidate for Scripture alongside Matthew, Mark, Luke, and John? I don't think so.

There are a number of reasons why the texts that are collectively known as the "lost" Gospels are nothing of the kind. First of all, they were written much later than the canonical Gospels. Matthew, Mark, Luke, and John were all penned in the first century, within 30 to 60 of Jesus's ministry. However, scholars have dated the vast majority of the Gnostic Gospels to originate in the second or third centuries. Scholars who are both liberal and conservative agree that the Gnostic accounts were created after the apostolic age.1 That means Gnostic works bearing the name of Thomas or James or Peter or Judas are definite forgeries.

Although the Gnostic Gospels are forgeries, the reason why they use the names of well-known apostles is interesting. The writers knew that for their writings to have any credence at all, they would have to bear the name of recognized figures during Jesus's ministry. Thus, the names of Thomas, James, Peter, and Judas are used to try and give these writings an air of authority.

Martin Hengel makes the point that unlike the original four Gospels, these Gnostics were written with the name attached to them from the very beginning. He notices that there are no competing claims nor are there any discussions about the author attribution for the Gnostic texts as there was for the canonical Gospels. He then concludes, "The uniformity of this unusual form of title strongly suggests that the titles "were not secondary additions but part of the Gospels as originally circulated. . . . [T]hese superscriptions were not added to the Gospels secondarily, long after their composition . . ."2

The question one should ask next, though, is how did those reading the Gnostic texts know these names of the apostles? The answer is simply that the four canonical Gospels were not only already in existence, but accepted as authoritative. In fact, by the middle of the second century, all four of the Biblical Gospels have been quoted as authoritative by Polycarp, Ignatius, Irenaeus, and included in the Diatessaron, a book that sought to harmonize all the Gospel accounts.

Further, throughout the Gnostics accounts, familiar portions of the canonical Gospels are leveraged. We read of Pilate washing his hands and of Jesus being buried in a tomb in the Gospel of Peter. About a third of the Gospel of Thomas are sayings of Jesus that steal from the canonical accounts.3 Ben Witherington concurs, writing "One of the key indicators that Gnosticism is a later development is that it depends on the canonical Gospels for its substance when it comes to the story of Jesus. Even more tellingly, the Gnostic texts try to de-Judaize the New Testament story."4

Witherington's last point is not to be missed. The Gnostic texts set themselves apart from the canonical texts in both their theology and their claims to be the truth while the established Christianity of the church fathers was false. The term gnostic is based on a Greek word for knowledge, and the Gnostics continually preached that they had secret knowledge others didn't. The Apocalypse of Peter clearly sets the Gnostics against the Christian church leaders when it proclaims, "And there shall be others of those who are outside our number who name themselves bishop and also deacons, as if they have received their authority from God. They bend themselves under the judgment of the leaders. Those people are dry canals" (emphasis added).5 The Testimony of Truth proclaims "They do not have the word which gives life." 6

It is clear that the Gnostic Gospels are not on par with the canonical Gospels with regards to their sources. They are forgeries that were written too late, they relied on the existing four Gospels for at least some of their content 9thus tacitly endorsing Matthew, Mark, Luke, and John as properly authoritative), and they set themselves up to be competitors to the teachings of the church that were handed down from the apostles. These so-called Gospels were never lost; they were simply rejected as poor imitations of what true scripture would look like.

1 Scholar Darrell Bock in his book The Mission Gospels: Unearthing the Truth Behind Alternative Christianities (Nashville: Thomas Nelson Pub, 2006), points to the work of Rebell, Ehrman, Klauk, Lapham and White to support these dates.
2. Hengel, Martin. The Four Gospels and the One Gospel of Jesus Christ: An Investigation of the Collection and Origin of the Canonical Gospels. Harrisburg, PA: Trinity International, 2000. Print. 50.
3. One such example is Thomas 20 which reads, "The disciples said to Jesus, 'Tell us what Heaven's kingdom is like.' He said to them, "'It's like a mustard seed, the smallest of all seeds, but when it falls on prepared soil, it produces a large plant and becomes a shelter for birds of the sky.'"
4. Witherington, Ben. The Gospel Code: Novel Claims about Jesus, Mary Magdalene, and Da Vinci. Downers Grove, IL: InterVarsity, 2004. Print. 22.
5. "The Apocalypse of Peter." Translated by James Brashler and Roger A. Bullard. The Nag Hammadi Library. Web. http://gnosis.org/naghamm/apopet.html
6. "The Testimony of Truth." Translated by Søren Giversen and Birger A. Pearson. The Nag Hammadi Library. Web. http://gnosis.org/naghamm/testruth.html