Is It Fair for God to Judge Those Who Never Heard?

Christianity teaches that all people are born sinners. They have a natural desire to rebel against the things of God, to be selfish and immoral. But God does not abandon them here. The good news of the Gospel is that God sent his only son Jesus to become a man and redeem us from our sins. Once we put our trust in Jesus and his act of redemption, we are reconciled to God and we can commune with him forever. 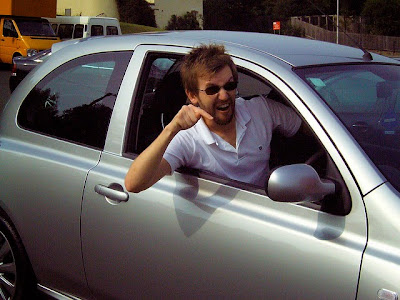 In the Christian story, both the judgment of men and the reconciliation of them are acts of God. But some cry foul at this story, claiming God is unfair for judging those who may have never heard about Jesus or their need for redemption. Is God truly unfair to those who were isolated by geography or history from the Gospel? The Apostle Paul argues they aren't, and offers a couple of reasons why.


1. God Revels Himself to All Men

In Paul's day, most of the world wasn't familiar with Christianity or even the Jewish ideas from which it sprang. When writing to the Romans, Paul realizes that the church in Rome would include people from many different backgrounds and locations across the known world. He tells the Christians there that while God had revealed himself and his holy standard to the Jews through the writings of Moses and the prophets, the Romans didn't. However Paul contends the Romans should still realize there is a God to whom they are accountable. In Romans 1:20 he writes, "For since the creation of the world God's invisible qualities—his eternal power and divine nature—have been clearly seen, being understood from what has been made, so that men are without excuse."

Imagine those who were first settling the country. Immigrants didn't speak the same language. They came from places with different laws and different customs. One family travels west and finds a picturesque spot with a stream and a meadow. However, there's a fence that encloses the land. Though the immigrant understands little of the law, he would assume that the fence is an indicator that someone had claimed this land. He would realize the fence doesn't simply appear. Even if he comes from a culture that had never used fences to mark property boundaries, through a quick examination he could easily conclude its purpose and meaning.

Similarly, no matter how isolated any culture is from the Gospel, every human being can recognize that there is design in our world. In fact, every culture has recognized that they didn't appear from nothing and there is an order to nature, to survival, and to reproduction. That's why all cultures adhere to some kind of religious practice. It demonstrates how all cultures have recognized there is something higher than themselves to whom they are beholden. In other words, mankind is never the final authority. One must look beyond himself to discover the deepest truths about his design and purpose in the world.


2. People Don't Even Measure up to Their Own Standards

The second point Paul makes is while different cultures have varying standards of morality, no one can claim innocence before God. Of course, no one can measure up to God's requirement of perfection, especially if they don't know all of what God's perfection entails. Yet, Paul states the Romans have within their own consciences enough of God's law to be accountable for that much. He writes:


Indeed, when Gentiles, who do not have the law, do by nature things required by the law, they are a law for themselves, even though they do not have the law, since they show that the requirements of the law are written on their hearts, their consciences also bearing witness, and their thoughts now accusing, now even defending them.) This will take place on the day when God will judge men's secrets through Jesus Christ, as my gospel declares (Rom 2:14-16, NASB).

Here, Paul simply claims that commandments like "Do not lie, do not murder, do not commit adultery" are universal. There would be many societies who had never heard of the Ten Commandments, yet would recognize the wrongness of such actions. While in some cultures a man may have only one wife and in others a man may have four wives, there is no culture where it is OK to take another man's wife.

The hook is all people fail not only at achieving God's standards, but even at holding their own. Think about two men who work at an office. One is coming in three to four minutes late and sometimes stretches his lunch hour to an hour and a half. The other is strictly prompt, but from time to time will use the work printer to make flyers for a birthday party or take a highlighter and some pens home to use there. The first man may justify his actions, thinking "I may be a few minutes late, but at least I don't steal like that guy!" while the second is thinking "I may use a few extra office supplies, but at least I care enough about my job to be on time!" The fact is both men are guilty and their attempts at self-justification prove it.


Driving on the Freeway

The clearest example I can give on how all people fail to measure up to their own law is by simply asking you to think about your experiences on the freeway. In what ways do you criticize others? If your driving was judged by the same standard as you judge everyone else, do you think you would have no strikes against yourself? I know I would!

If God did nothing more than judge each person on their own standard of conduct they held for others, each one of us would be found completely guilty before him. So, how can anyone accuse God of not being fair? It certainly isn't in his judgment of them. Perhaps they are complaining that he hasn't made redemption sufficiently clear. We can address that topic in another post.