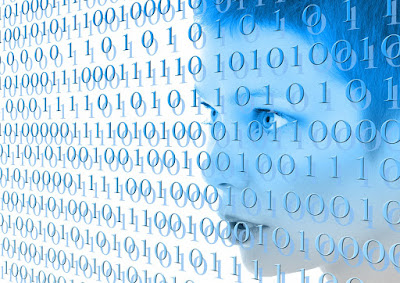 "Not enough evidence!" That's the claim I hear over and over when asking atheists why they don't believe in God. Even when famous atheist philosopher Bertrand Russell was asked what he would say if he were to come face to face with God after his death, Russell famously replied, "I probably would ask, 'Sir, why did you not give me better evidence?"1

The demand for evidence can seem like reasonable request, but it can also serve as a smokescreen for those who are unwilling to believe. For example, developmental biologist Lewis Wolpert stated he rejected God fairly early in his life because he could find no evidence for God at all. In a radio show where he debated intelligent design with William Dembski, Wolpert said over and over again there is nothing he could see by studying the molecular machinery required for living cells to function that could serve as evidence for any kind of intelligence. Dembski asked "Is there nothing that biological systems can exhibit that would point you to a designer?" Wolpert emphatically replied, "Absolutely nothing, absolutely nothing." 2 This corresponded with his previous statement that "What we know about biology can all be explained in terms of the behaviors of cells."3

Is Wolpert's claim true? Is anything one finds in the cell able to be explained by cellular behavior? Earlier in their conversation Dembski alluded to the work of cellular biologist J. Craig Venter. Venter and his team made the headlines at that same time by assembling the DNA for a replicating synthetic bacteria (M. mycoides JCVI-syn1.0) one base pair at a time using computers. Singularity University reported, "To verify that they had synthesized a new organism and not assembled the DNA from another natural bacteria, scientists encoded a series of 'watermarks' into the genes" of Venter's bacterial DNA. He coded his own name, a URL address, and other messages.4

Let's now imagine a scenario where in 50 or 100 years, people are catching a strange new disease. Scientists have narrowed the illness to a foreign bacteria that doesn't behave like anything they've ever seen before. Wolpert's students isolate the bacteria in the lab and map its DNA structure to try and find a way to figure out where it came from. There, they find Venter's name encoded in the nucleotide, but because they have adopted Wolpert's standard that nothing inside the cell can count as evidence, they cannot assume there was an initial intelligence behind the origin of this bacteria. Venter's work cannot be counted as evidence because it appears inside the cell, and appealing to an intelligence as the origin of this new bacterial strain is supposedly the science-stopper.

Wolpert's dogmatic stance shows his incredible bias and demonstrates why complaints like his demand for evidence are structured to never succeed. It's a shell game. If the complexity of something like a researcher's name or a URL is sufficient enough to show intelligence behind the genome, then why wouldn't other complex, specific coding sequences also serve as evidence for a designer? Certainly other factors must be considered. However, Wolpert rules out the possibility of finding evidence for design at all within biological systems. To me, that sounds to be the much more unreasonable position to take.