Ignoring the Eyewitnesses to the Resurrection 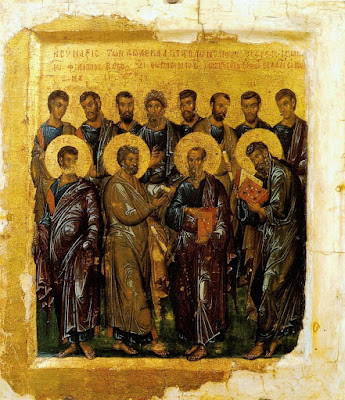 There are several reasons that place the legend theory in doubt. First of all, it is a concept that runs contrary to the Jewish mindset of that day, yet Jews were the first to accept and spread the belief. Why would such a legend develop if it bucks the expected conventions of the very people who are supposedly falling for it? Secondly, the resurrection accounts themselves appear pretty early after the time the resurrection was said to take place.

There's another point that I don't hear much about in these discussions, though. Even before the Gospel accounts were relatively early, there is a source of information that connects the events as they happen to the Gospel writers' pens. That is the testimony of Jesus's very closest disciples, known in the Gospels as "the Twelve."

In his article "The Circle of the Twelve: Did It Exist During Jesus' Public Ministry?" John P. Meier argues that this circle of twelve people who made up Jesus's most entrusted followers could not be a later invention or legendary. Meier offers several lines of evidence for his view:
It seems that Jesus really did have a circle of Twelve disciples he kept especially close. This inner circle was in a unique position to be the primary source material for the accounts of the Gospels that record their exploits. If the Resurrection accounts are legendary, why would this circle of Twelve develop? How does it fit, especially if the concept of the Twelve is glaringly absent in the other writings of the New Testament authors?

As Richard Bauckham has developed in his book Jesus and the Eyewitnesses, it is the members of the Twelve who provide the link between Jesus, his ministry and resurrection, and the gospel accounts. It is a chain of custody establishing that eyewitness testimony is the thing establishing the resurrection accounts. Because legends cannot explain the existence of the Twelve, they also cannot explain the testimony of the resurrection eyewitnesses.