Why Don't We Sing "Joseph, Did You Know?" 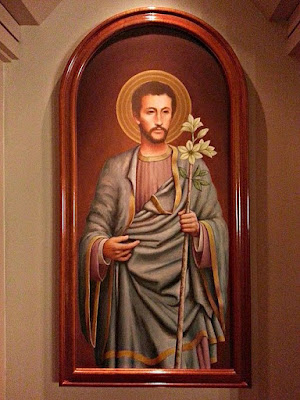 One of the more popular modern Christmas songs is "Mary Did You Know?" which reflects upon the ministry, miracles, suffering and sacrifice of Jesus by asking his mother if she understood just who it is she had birthed. It's touching with a tinge of sadness as the joy of a new birth is contrasted with her certain future heartache (ref. Luke 2:35). Those of us who have children of our own can especially feel the poignancy of the vulnerable baby in your arms and the dangers she faces from the world.

However, I often wonder why we don't pause to reflect more on the understanding of Joseph during this holiday season. Joseph, according to Craig Keener, was probably between the ages of eighteen to twenty years old and had the marriage arranged by his and her parents. When Joseph and Mary were betrothed, it would have been in front of two witnesses whereby Joseph declared his intent to marry the girl. This was a legally binding relationship which opened up a year-long waiting period before the wedding. 1 Keener explains:


Betrothal provided most of the legal rights of marriage, but intercourse was forbidden; Joseph is courageous to take his pregnant betrothed with him, even if (as is possible) she is also a Bethlehemite who has to return to that town. Although tax laws in most of the empire required only the head of a household to appear, the province of Syria (then including Palestine) also taxed women; but this would apply only if she owned immoveable property. Joseph may simply wished to avoid leaving her alone this late in pregnancy, especially if the circumstances of her pregnancy may have deprived her of other friends.2

The scandal of Mary's pregnancy would most likely lead people to speculate whether Mary and Joseph were improperly intimate prior to marriage or whether Mary was unfaithful to Joseph completely. Either way, it didn't make things easy for him.


Joseph, being a just man and unwilling to put her to shame, resolved to divorce her quietly. But as he considered these things, behold, an angel of the Lord appeared to him in a dream, saying, "Joseph, son of David, do not fear to take Mary as your wife, for that which is conceived in her is from the Holy Spirit. She will bear a son, and you shall call his name Jesus, for he will save his people from their sins" (Matt 1:19-21, ESV).

Joseph's faithfulness to respond to that dream is truly courageous. I think most people would assume his desire to still marry his pregnant fiancé would imply that it was he who acted improperly and got her pregnant to begin with. The level of scandal and shame such an act would spark should not be underestimated. While Mary was faithful to the call of God, she was also visited by the angel Gabriel, given some instruction on what will happen, and even given a sign as to the truth of these things as her relative Elizabeth was pregnant even though she was past the age of childbearing. Matthew tells us that Joseph had only the dream, and his entire future was riding upon what he did with that.

Has anyone thought about what an eighteen or twenty year old male would be facing in a similar situation? Most young men this age are dreaming of a particular type of future: independent, stable, with a wife who loves him and children of his own. Add to that the fact that Joseph came from the royal line of David, he should have been in a position of comfort and power. That wasn't to be, but knowing how young men think, I'm sure he had dreams of creating a good, stable life for himself and his family.

However, given that Mary's first child would not be his progeny and she became pregnant even before marriage, his future is on a decidedly different track. He took Mary with him on the journey to Bethlehem, possibly to protect her and help her since the odds were out of her favor in the town where they both lived. A stigma of immorality would continue throughout their lives, even following Jesus as the Pharisees alluded to his illegitimacy (John 8:41). Yet, Joseph took the road of self-denial and self-sacrifice. This young man exemplified true virtue in standing beside Mary.

We don't know when and how Joseph died. Given Jesus's charge of his mother to the apostle John in John 19:26, it is assumed that Joseph has already passed away. We read no more about him after the birth narratives. But it would do us well to reflect upon Joseph's stand. This is a model of what a virtuous man looks like. We need to underscore it for the young people in our churches today. Would there be more Josephs in the world.