One of the conceits of our society is the assumption culture has become more caring and compassionate than was the case in previous eras. Those who advocate for a secular viewpoint of live and let live believe that it is the restrictions Christianity imposed upon actions that caused people to be less kind and caring and our more detached approach is better. 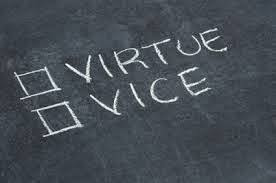 While I understand that many people really believe promoting things like same-sex marriages and single-mother IVF are being more kind and compassionate, the reality is such actions have serious consequences to the institution of marriage, to children, and to society as a whole. In his classic book Orthodoxy, G.K Chesterton nails the dilemma, writing:


The modern world is not evil; in some ways the modern world is far too good. It is full of wild and wasted virtues. When a religious scheme is shattered (as Christianity was shattered at the Reformation), it is not merely the vices that are let loose. The vices are, indeed, let loose, and they wander and do damage. But the virtues are let loose also; and the virtues wander modern world is full of the old Christian virtues gone mad. The virtues have gone mad because they have been isolated from each other and are wandering alone. Thus some scientists care for truth; and their truth is pitiless. Thus some humanitarians only care for pity; and their pity (I am sorry to say) is often untruthful. For example, Mr. Blatchford attacks Christianity because he is mad on one Christian virtue: the merely mystical and almost irrational virtue of charity. He has a strange idea that he will make it easier to forgive sins by saying that there are no sins to forgive.1

The recent Pew Survey shows this exact trend. Young people think they can be virtuous independent of a holistic belief system. This is one place we need to begin in our apologetic to a new generation.