Something Stinks in the Media's Reporting of the Pew Survey 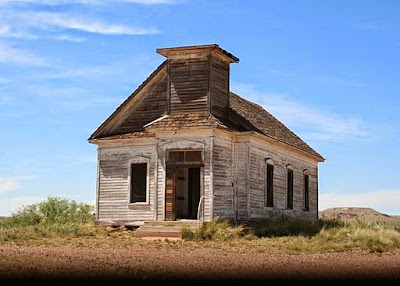 Yesterday, the Pew Research Center released its latest findings on the state of religion in the United States. They noted in the report that those who describe themselves as Christians had decreased by eight percentage points in the last seven years. This prompted many different news outlets to run stories proclaiming that Christianity is slipping as a religion and the rise of secularism is upon us. CNN declared, "Millennials leaving church in droves."1 Today's Los Angeles Times carried the headline "US has become notably less Christian."2 The Times story reports:


The erosion in traditional religious ranks seems likely to continue. Among Americans aged 18 to 33, slightly more than half identify as Christian, compared with roughly 8 in 10 in the baby boom generation and older age groups, the new data show…

Almost 1 in 5 American adults was raised in a religious tradition but is now unaffiliated, the study found. By contrast, only 4% have moved in the other direction.3

In the fact that less Americans are identifying as Christian, the times gets the Pew Report correct. However, the story also claims "The decline in traditional religious belief adds to the demographic challenges facing the GOP, which already faces difficulties because of its reliance on white voters in a country that has grown more racially diverse."4 Notice the shift between the quotes, though. The first excerpts talk about "traditional religious ranks" and adults being "unaffiliated" with a specific religious tradition. That isn't the same thing as declining religious beliefs.


Is the Church Dying?

When analyzing the numbers, there are certain trends that immediately stick out. First is that the declines in Christianity come from the more liberal mainline denominations. Those who identify as Evangelicals are statistically level with prior years, even though the population has grown while mainline Protestant and Roman Catholic denominations show a 3% to 4% decrease. This is no surprise as we have seen these denominations lose members for years.

Further, while the group identifying as Unaffiliated grew to 22.8% of the population, those who claim to specifically be atheist or agnostic were 7.1% of the population. That means there are a lot of folks who don't identify with a Christian denomination, but they may still hold to the existence of God and the importance of specific beliefs.

The Barna Research organization last month published findings on specific beliefs people held concerning Jesus. They found that 95% of Americans believe Jesus was a real person, 56% believe Jesus was/is God incarnate, and 62% say they have made a commitment to Jesus Christ. Barna says "roughly two out of five Americans have confessed their sinfulness and professed faith in Christ (a group Barna classifies as ‘born again Christians')." Interestingly, Barna notes "Fewer than half of Millennials say they have made such a commitment (46%), compared to six in 10 Gen-Xers (59%), two-thirds of Boomers (65%) and seven in 10 Elders (71%)."5


Christianity is No Longer the Default Position

I think some of the shakeup in the polling statistics is due to the way generations have historically identified themselves. Older generations would call themselves "Methodist" or "Episcopal" even when they held errant views and hadn't darkened the doorway of a church for decades. If they were baptized into a specific denomination or were taken as a child with their parents, they saw themselves with that identification.

One thing the Pew survey does show is that people are increasingly uncomfortable being labeled Christian if they don't hold to orthodox Christian beliefs. In some ways, that's a good thing. It's honest and makes evangelism efforts more clear. However, the poll also shows that the Church more than ever needs to reach out to the younger generation and provide evidence of why Christianity is true, using reasons and evidence. The Millennials are not simply going to follow in Mom and Dad's footsteps because they've always done it this way. They are going to want to believe things for good reasons. Therefore, it is increasingly crucial Christians are able to provide an answer to those who ask about the hope within you. Are you ready?