A Lot of Hand-Waving by Evolutionists

In college, I was a physics major. In physics, we sought to provide some precise answers to specific data presented to us. For example, we know that a car turning a corner must rely on a certain amount of friction to turn a corner. We want to know how to calculate this so we can set safe speed limits on corners. In chemistry, we seek to know just what is happening when iron rusts or an acid and a base are combined. In medicine we seek to know exactly why someone who suffers from Sickle cell disease. Doctors have traced the problem back to a single DNA point mutation which then changes the coding of a single amino acid.1 This is pure science, seeking to find an answer while examining the details. 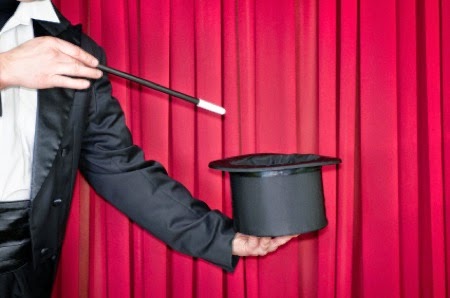 Of course, not all science can be done in this way. There are fields such as plate tectonics that take observed data and use them to create models of how the different plates of the earth's crust will affect each other. Still, these models attempt to be very specific in just what is moving and how, and it's this specificity that makes the difference in the explanatory value of any theory. The devil's in the details, as it were.


What's Needed to Make a Whale

Yet, when I talk with proponents of evolution, the discussions are different. Yesterday, I engaged again in an exchange with a proponent of evolution. I asked his again to provide a definition, to which he replied "Evolution Is Change in the Inherited Traits of a Population through Successive Generations" (borrowing the title from this web site.) But, as I wrote yesterday, that's not a very useful definition. Just because things change doesn't mean we get new biological systems. Men can be four feet tall or seven feet tall, but not 12 inches tall or 12 feet tall. Those who inherit the sickle cell trait are immune from malaria, but their children are at risk of a painful life and an early death. Even here, the inherited immunity isn't a new feature, but a crippling of a functioning system.

So, I ask for specifics. I offered the humpback whale as an example. Supposedly, the whale evolved from a land mammal over the course of about 10-12 million years.2 One may try to explain the size increase by simple growth over time, (although a recent article in the journal Science says that such an explanation fails), there are still a huge amount of systems that must be changed for a land-dwelling mammal to change into an ocean-dwelling one. The nose must be migrated to the top of the head and turned into a blow hole. Breathing is no longer automatic but must take conscious effort. Walking limbs must be transformed into flippers. The kidneys must be changed to handle the intake of salt water. Testes must be located inside the body to keep warm. The young must be able to nurse under water, and on and on.3


How Much Change Does that Take?

You may imagine that changing one body part into something different, like a nose into a blowhole would take quite a bit of DNA rearrangement. These morphological changes not only have to all happen, but they have to happen together, for a blowhole isn't going to help if you are breathing without thinking. The animal will simply drown. But even more problematic, the vast number of changes to the DNA must happen within that relatively short window of 10-12 million years because that's what the fossil record shows. If whales came from the land mammal pakicetus, then using the traditional dating of fossils found, all these changes must take place with what would be on an evolutionary timeline, a very brief span.

Thu, my question to my interrogator was simple how quickly would the mutations of DNA have had to happen to produce all of the necessary changes to get the whale from its supposed ancestor? Does any natural selection and genetic mutation that we observe now correlate to those changes? One must remember that we aren't taking about bacteria that reproduce very quickly and have very large populations. Mammals like pakicetus are the same size as a large dog, which means that they might reproduce only after a year or two upon maturation and produce a few litters. With a smaller population and more time between generations, evolution via mutation is made even more difficult.

So, what's the model? Where's the math? What's the actual number of beneficial mutations posited generation to make this kind of a transition? I was met with nothing but obfuscation. It was all hand-waving, and talk of me supposedly ignoring "hundreds of years of hard scientific work." This is what I find all the time in discussions of evolution. Everyone claims it's an established fact, but no one offers the details. Dawkins speaks of cells that morph into light-sensitive ones, then become aligned, and eventually we get the human eye.4 However he never gives us just which genes changed, how many would've needed to change, or how fast it would have to occur. It's a just-so story that has no numbers behind it. Modern proponents seem a little too light on the details to say evolution is of the same type of knowledge as the earth revolving around the sun.5 We have the formula for gravity. We have silence regarding genetic changes.