Are Beliefs Separate From Knowledge?

Are beliefs separate from knowledge? In my time as an apologist, I've heard many people try to dismiss beliefs as silly or meaningless while claiming to only rest in knowleldge. Usually, it's voiced something like "Well, you may rely on your beliefs, but I rely on facts like those that science gives." But this kind of separation make a crucial mistake. You see, beliefs are necessary for knowledge to exist. 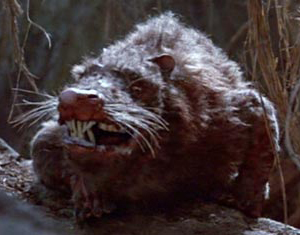 First, we must understand that beliefs in and of themselves don't normally exist without any precursor. We don't make things up out of thin air and then say we believe them. For example, imagine we're sitting in a house of a friend.  I cannot ask you to believe that there is a Rodent of Unusual Size in the next room just because it would be fun to believe in such a thing. You wouldn't really believe the claim. Even if I offered you a $1 million prize for believing in the ROUS and you tell me you believe, I don't think you really hold that the claim is true—you just assent to the claim to get the money.

However, if I provide some background for my claim (e.g. our friend's father is a bio-chemist working on the effects of growth hormone on rats and he uses the next room as a laboratory) your beliefs may change.  You have some additional information that supplements your belief and it gives further justification for you to actually believe the claim. Therefore, your beliefs become established on prior evidence or they have some other justification attached to them.

Most beliefs work this way.  It is very rare that someone believes in something with no prior background or reasoning at all. Humans are rational creatures and it's in our nature to seek some kind of support for our beliefs.  When that support is sufficiently justified and the belief is true, we can say that we have knowledge. That's how knowledge is defined; knowledge is only possessed if someone has a belief that is both justified and true.

Realize not all beliefs, even with justification, are true beliefs. For example, one can make the claim that if you run for several miles daily, you will lose weight. The person begins running and, sure enough, he loses weight. Do his beliefs count as knowledge? Not necessarily, since it depends on what the belief is. When you ask why he believes that running causes one to lose weight he may say, "I believe that running every day is performing an exorcism of the fat-demons. When you run, they are expelled and they can't catch up to you. So you lose weight." So, while his claim does in fact prove to be true, he does lose weight, his justification for the claim is lacking and he doesn't know that he will lose weight.

There are many beliefs that science holds where the claims produce a true response. Quantum theories produce some very good, highly accurate predictive results. But we don't yet know that these quantum theories are correct. We simply know they give us an accurate outcome.  Like the runner who loses weight, the reason why he loses weight may be wrong, even though the end result is just as he predicted. There are several different and competing quantum theories; which demonstrates that we simply don't know.  It's not knowledge yet.

So, to separate the concept of knowledge and belief into different realms is, I think, itself unwarranted.  Yes, some beliefs are less justified than others. But beliefs are a necessary requirement for knowledge. Without a belief you cannot know anything. And this shows that just because a belief happens to be a scientific belief, it is not necessarily any more justified than any other.
Posted by Lenny Esposito at 12:32 PM
Labels: beliefs, knowledge, philosophy, religion, science