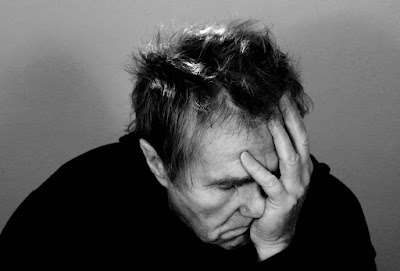 Recently, I was on a college campus as a young atheist asked what I thought was the cause behind the growth in the number of people, especially young people, who don't identify as any particular religion. I answered that it is a pretty big question and I think the reasons are varied and diverse as the group to which he was referring. He didn't seem satisfied with that answer.

My young interlocutor may have believed that nonreligious belief is on the increase because human beings are less gullible than in past generations and more willing to believe science can explain the world better than religion. It seems to be a common assumption with those I engage online, even though science cannot banish God. But even if atheists mistakenly assume science can somehow disprove God, this isn't the real basis for their atheism.

Two new studies by the American Psychological Association confirm that disbelief in God for a significant percentage of atheists is not due to dispassionate reasoning, but the effect of emotional or relational discomfort with what they perceived God to be. According to an article in Psychology Today, which summarized the findings, "54% of self-reported atheists indicated some relational and emotional reasons for nonbelief. In the second study, 72% of 429 American adults who expressed some level of atheism or agnosticism endorsed similar reasons."1 Those are pretty high percentages of self-described atheists who admit to an emotional or psychological component contributing to their disbelief.

As the article notes, this isn't a new revelation. Previous studies have shown that atheists have negative feelings toward their conception of God2 and those emotions play a part in their being atheists. Dr. Paul C. Vitz in his book Faith of the Fatherless: The Psychology of Atheism explored the link between what Vitz calls "interpersonal trauma with attachment insecurity" of atheists in history. He sees a link between disbelief on God and defective fathers in the lives of atheists, along with other factors.


What Atheists Themselves Say

The interesting thing in these studies is that the findings are not a result of third party inference, but the admission of atheists themselves. It's nearly three quarters of atheists who are admitting an emotional reason as contributing to their atheism. Those numbers may be higher in actuality as self-reporting usually leads to lower than actual results. Some people may not realize certain emotional motivations and others may not want to admit to them. Regardless, the two studies referenced report the majority of atheists who participated do indeed have emotional reasons for not wanting God as they understand him to exist.

The reason all of this is important is a practical one. Just as dispassionate reasoning alone doesn't usually account for one's disbelief, it follows that dispassionate reasoning alone will only go so far in helping one believe in the God of the universe. As human beings, we are relational creatures. That's part of how we reflect God's image. If you're a master at facts and argumentation in defending the faith but you don't bother to get to know the person, you aren't going to be very effective. People are people and all want to feel like individuals who hold worth. That includes nonbelievers. Don't lead off conversations with your best arguments. Get to know one another. Build relationships. Show them real care and you may find a real person who's willing to share real hurts. Only then will they be really ready to listen.